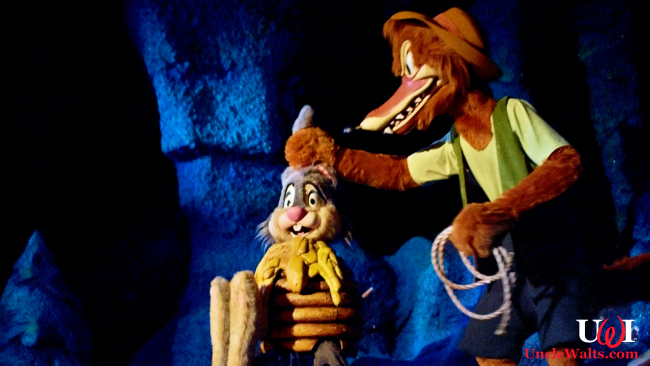 Every other animated feature has had a live remake, so now it’s Song of the South‘s turn.

BURBANK, CA – Continuing with its latest business model of remaking beloved animated features, Disney announced that it had begun production of a live-action reboot of the 1946 classic Song of the South.

“We feel that this reboot has been necessary for decades,” said ABC Disney spokesperson Stephen White. “While the film has received a lot of flack for expressing old sentiments, we’d like to retell the story of Uncle Remus with a twenty-first-century twist.”

A different point of view

But like many recent Disney films (such as Maleficent, Frozen, and Lady Tremaine: a Love Story), the new Song of the South will retell the story from darker angles and the viewpoints of the original villains. The film stars Samuel L. Jackson as Uncle Remus, Chris Rock as Br’er Fox and Steve Harvey as Br’er Bear. Tar Baby (Christopher Walken) is expected to be passive-aggressive and Br’er Frog (James Earl Jones) will continue his fishing career, but may wind up being Br’er Rabbit’s (Chris Chapelle) father. [Ed: We have a very bad feeling about this remake.]

Uncle Walt’s Insider was unable to reach spokesperson Mr. White, so we caught up with Jun Disney (no relation), who had the following to say: “It’s been too long in coming. We have two parks that feature characters and imagery from the original Song of the South and we almost don’t admit that the movie even exists. Walt Disney took great pains to compile the Uncle Remus stories in a loving way. We believe that Samuel L. Jackson will continue that legacy.”

And will the complaints of subtle racism in the original lead to protests against this remake, we asked? “Well, first, those complaints are a bit overblown,” Disney (no relation) replied. “If you ever actually watched the original, it’s pretty tame. Actually, it’s kind of boring, except for the cartoon bits. For all the controversy, though, it actually portrays pretty advanced attitudes towards race relations, especially for the 1940’s.

“But most of all, we’re the Walt Disney Company. If it’ll make money, controversy or no, it gets the green light.”

Cover photo of Song of the South: the Ride by Joe Penniston [CC BY-NC-ND 2.0] via Flickr.

September 17, 2018 by Ub in Other
© 2020 Uncle Walt's Insider. All rights reserved. All images used with permission. Unless otherwise attributed, all images licensed under Creative Commons CC0 license. This site is protected by reCAPTCHA and the Google Privacy Policy and Terms of Service apply.