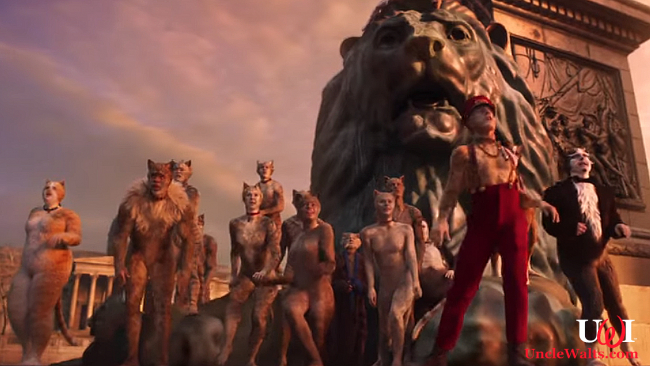 It’s odd that they’d put out a second remake so close to the first.

I know what you’re thinking — didn’t they just do that? Yes, yes, they did, and it’s in theaters now. In fact, your humble reporter was actually attending a showing of the new fully live-action Lion King when a preview for the next remake came on!

One animated, one with real live animals, why not one more?

I wasn’t able to catch all the details — I was juggling a jumbo tub of popcorn, two drinks, Twizzlers and boxes of Sno-Caps and Nestle Bunch-a-Crunch — but apparently Disney is just stretching their artistic muscles, seeing how many ways they can make the same movie. And it looks like it’s more than just another of Disney’s gritty live-action reboots.

The first movie was animated (except for the cloud scene with Mufasa). The current one uses real trained animals (that’s why it took 15 years to make). The new one uses Furries, who are much easier to train (except for Rebel Wilson). I can’t wait to see it!

Seriously, how much of the audience for this next film will be Furries? Let us know in the comments below!

Cover photo: Still from a trailer for the next Lion King remake. Photo © Disney — no, wait… Universal? That can’t be right — via YouTube.

July 29, 2019 by Marty in Other
© 2020 Uncle Walt's Insider. All rights reserved. All images used with permission. Unless otherwise attributed, all images licensed under Creative Commons CC0 license. This site is protected by reCAPTCHA and the Google Privacy Policy and Terms of Service apply.