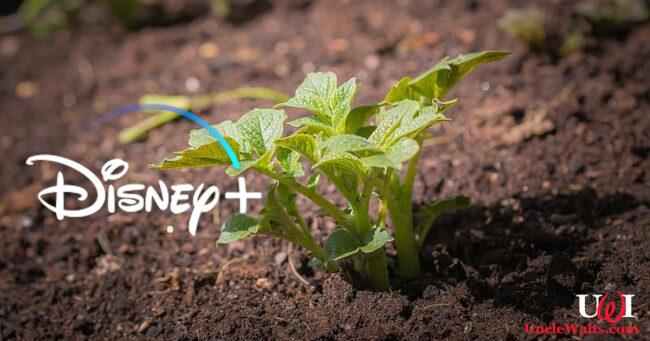 The scratchy VHS transfer of Phantom should bring in a lot of new subscribers!

BURBANK, CA — Following an increase in subscriptions, likely due to the release of Hamilton, Disney+ has announced several new titles which will be added in the coming months.

(For those of you who have been hiding under a rock, Disney+ is Disney’s streaming service where you can stream movies, TV movies, and … yeah, that’s about it.)

Here are some of the highlights that have been announced:

The fourth-best hockey movie Disney has ever produced, behind Miracle, D2, and Air Bud Drops a Puck! This is the story of a disgraced lawyer who is sentenced to community service, and has to coach a youth hockey team. [Ed.: Spoiler alert: They win.] Starring Emilio Estefan and Jussie Smollett (really!).

• The Phantom of the Opera

According to Disney (the company) spokesperson Jun Disney (no relation), “After the smashing, website-crashing, hard drive-thrashing response to Hamilton, Newsies, and High School Musical 5, we wanted to try and get more filmed versions of Broadway shows.

“Unfortunately, we weren’t able to get the original Broadway cast from the 1987 opening back together. Also, Sarah Brightman can’t hit the high notes 33 years later. So we managed to find an old recording on VHS and cleaned it up a little. The quality’s still not great, but overall, it’s fine. It’s still just as boring as it was when you saw it on tour.”

Not to be confused with School of Rock (yet another Andrew Lloyd Webber musical), this one is the animated series most of us watched in school in the 80’s and 90’s. Most notably, Schoolhouse Rock is the show that gave us the memorable songs “Conjunction Junction,” “I’m Just a Bill,” and “What Does a White House Intern Do, Mr. President?”

This is an episode of Disney’s TV series “Disneyland” which talks about what humans will have to deal with when living and working in outer space. The show was narrated by Disney animator Ward Kimball. It’s also believed to be the inspiration for the Disney ride Mission: Space, Muppets in Space, and the US Space Force.

It’s probably best to let Disney (the company) spokesperson Jun Disney (no relation) explain this one.

“Well, with the whole Coronavirus thing going on, it’s been difficult to film new things. So, we found a potato plant near one of our studios, and put a camera on it. We just let the camera roll for about 10 hours, and then edited it down to about 2 hours.”

There may be other shows coming — and some of these might not actually show up — but we’ll keep you posted!

You mean the potato cam isn’t even live? Comment below!

July 11, 2020 by X in Other
© 2020 Uncle Walt's Insider. All rights reserved. All images used with permission. Unless otherwise attributed, all images licensed under Creative Commons CC0 license. This site is protected by reCAPTCHA and the Google Privacy Policy and Terms of Service apply.