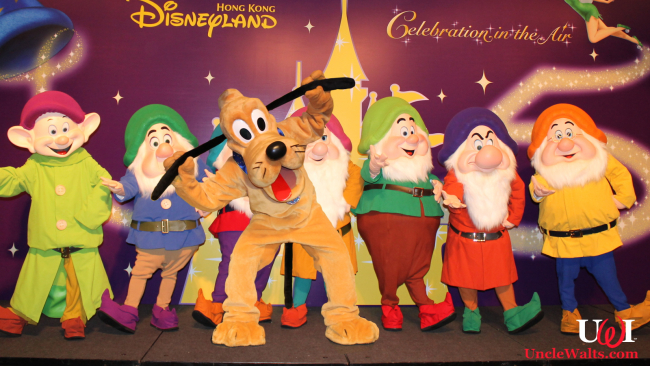 Is there a mixup between Pluto the dog and Pluto the planet?

BURBANK, CA — There were plenty of raised eyebrows — many of them animated — at the Burbank headquarters of the Walt Disney Company when it announced yesterday that Pluto had been named the “Eighth Dwarf.”

Disney (the company) spokesperson Jun Disney (no relation) made the announcement.

“It really didn’t start with us,” Disney (no relation) tells Uncle Walt’s Insider. “It was the International Astronomical Union who made that call. They decided that Pluto was a dwarf way back in 2006. We should have recognized this a long time ago.”

So apparently Pluto has gone from being the ninth planet to being the eighth dwarf, joining Dopey, Grumpy, Sneezy, Wheezy,… Slinky, Flippy, and, um… Bob? [Ed.: Fix this before publication!]

If only Pluto had been able to clear his orbit, right? Comment below!

August 24, 2018 by Marty in Other
© 2020 Uncle Walt's Insider. All rights reserved. All images used with permission. Unless otherwise attributed, all images licensed under Creative Commons CC0 license. This site is protected by reCAPTCHA and the Google Privacy Policy and Terms of Service apply.