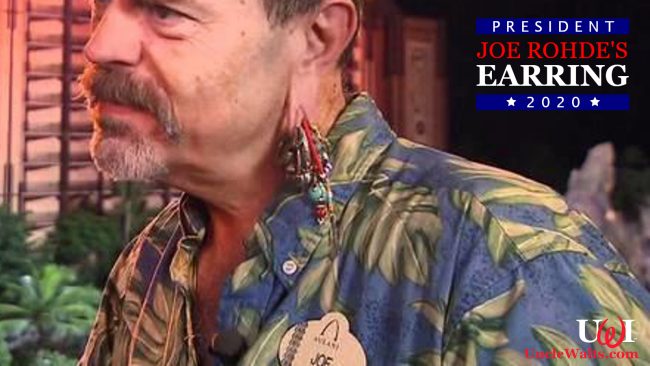 The stumble came as news of a potential scandal broke. Allegations have surfaced accusing the Earring of having a hand (so to speak) in the creation of the disastrous Iowa Caucus app. Uncle Walt’s Insider has obtained several emails, not yet confirmed, from the Earring to the Iowa Democratic Party. In those emails, the Earring insists that testing the app “isn’t necessary” and “everything will be fine, trust me.”

Check back here for more campaign updates, and be sure to follow Joe Rohde’s Earring on Twitter at @realjoesearring.

Is Joe Rohde’s Earring just another crooked politician? Let us know in the comments below!

February 12, 2020 by Marty in Other
© 2020 Uncle Walt's Insider. All rights reserved. All images used with permission. Unless otherwise attributed, all images licensed under Creative Commons CC0 license. This site is protected by reCAPTCHA and the Google Privacy Policy and Terms of Service apply.