Disney to “retire” Winnie the Pooh at Xi’s request 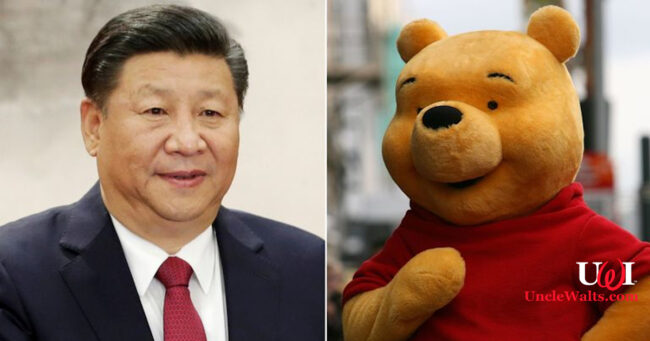 BURBANK, CA — Sources within the headquarters of The Disney Company confirm that the character of Winnie the Pooh is being “retired” worldwide, at the request of Chairman Xi Jinping of China.

Uncle Walt’s Insider spoke with Disney (the company) spokesperson Jun Disney (no relation) about the change.

“It’s been long known that Chairman Xi is sensitive about his uncanny resemblance to Winnie the Pooh,” Disney (no relation) said. “It’s even confused Joe Biden from time to time. Though to be fair, he gets confused by a lot of things.”

We think withdrawing Winnie the Pooh permanently is a big deal, but Disney (no relation) was philosophical.

“Well,” she (no relation) said, “Pooh Bear is already banned in China, and China is 95% of our revenue stream these days. So cancelling the character everywhere else is no great loss.

“And quite frankly, we’re pretty tired of our guests asking why we have a Xi Jinping character in our parks.”.

Can you tell them apart? Let us know in the comments below!

March 9, 2022 by Marty in Other
© 2020 Uncle Walt's Insider. All rights reserved. All images used with permission. Unless otherwise attributed, all images licensed under Creative Commons CC0 license. This site is protected by reCAPTCHA and the Google Privacy Policy and Terms of Service apply.