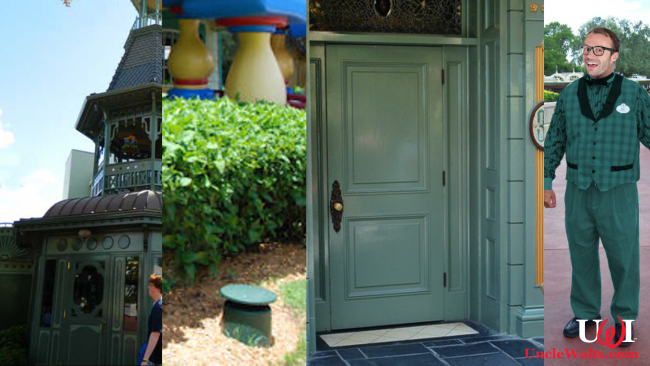 BURBANK, CA — For decades Disney Imagineers have been painting buildings and objects within their parks a dusky shade of bluish-green they call “Go Away Green.” It’s a color whose entire purpose is to not draw attention, so it can be found on speakers, employees-only gates, a certain Cast Member named Phil that no one likes, and most famously, the original door to the secretive Club 33 at Disneyland Park.

It’s only natural, then, that the U.S. military might find the color useful. Given the Disney Company’s history of working with the military, dating back to World War II training and propaganda films, we at Uncle Walt’s Insider weren’t surprised to find that Disney has licensed the color to the Defense Department.

“It works too well.”

“It’s true,” Disney (the company) spokesperson Jun Disney (no relation) tells Uncle Walt’s. “As far as we know, though, it’s still being tested. First, they couldn’t find the color samples we sent them. In fact, they lost the first five sets of samples, until they learned not to just set them down randomly.

“The latest we hear is that they’ve painted a few boats and planes in Go Away Green. Once they locate those again, they’ll have a better idea of how to use the paint in combat situations.”

Have you met Phil? Can you help the military find their stuff? Let us know in the comments below!

September 6, 2018 by Marty in California, Florida, Other
© 2020 Uncle Walt's Insider. All rights reserved. All images used with permission. Unless otherwise attributed, all images licensed under Creative Commons CC0 license. This site is protected by reCAPTCHA and the Google Privacy Policy and Terms of Service apply.