Disney data mining: does it keep Mickey in office? 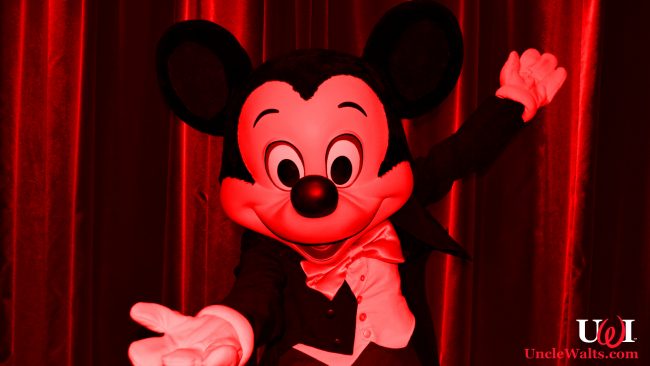 The main Mouse has been the head of the company for decades — how does he stay in power? Uncle Walt’s Insider investigates.

With data mining and politics in the news, we at Uncle Walt’s Insider had a shocking thought: does Disney use its guest data to keep Mickey Mouse in power? After all, it’s common knowledge that the Walt Disney Company tracks guest data, using its Magic Band technology and information supplied by its park-goers and all those who stay at its resorts. Recent revelations that the company tracks Magic Bands off of Disney property, and that the useful wristbands also contain microphones and record guest conversations have many current and former guests upset. [Walt, be sure the intern updates these links to the actual news articles.]

How is all of this information being used? Let’s look at the facts:

Mickey has been in charge for a long time

Sure, Mickey Mouse is everyone’s hero. The plucky little guy, star of so many cartoon shorts over the years, makes folks smile all over the world. In fact, as a corporate icon, Mickey is more recognizable than almost any other, with only the Michelin Man and Count Chocula being more well-known.

But push past the smiling mousy exterior and you may find the behavior of a true rodent. The official story is that Mickey first arrived at the company in 1928 and quickly soared to popularity, and has been the face of the Walt Disney Company ever since. Some say, however, that Mickey’s rags-to-riches story is only a sanitized version of the true events; that Mickey is actually an ambitious, tyrannical overlord that arranged a coup against Oswald the Lucky Rabbit, and then allowed the other characters to stay only if they pledged their loyalty to him.

Like any other dictator, insiders say that Mickey has used whatever tools at his disposal to keep his hold on power. When Donald Duck was getting too popular, Mickey sent him on a tour of South America, and then, while he was away, seeded multiple stories in the press about how Donald was unstable and had rage issues. And like any other insecure leader, the Mouse has drained his company’s resources to snatch up any threats to his shaky hold on power, as seen in his acquiring the rights to Star Wars, Marvel, and North Korea.

How does this tie in with data mining? We don’t really know. We didn’t investigate too hard. We’re kind of lazy that way.

But we at Uncle Walt’s are always happy to bring you, our dedicated readers, the latest in super-reliable theme park news and rumors — the newest of which says that this somehow ties in with collusion from Russia, the Hawaiian separatist movement, Count Chocula, the Guardians of the Galaxy, and any other keywords that might boost this website’s visibility. Check back here for updates.

What do you think? Did we dig deep enough? Let us know in the comments!

March 30, 2018 by Marty in Other
© 2020 Uncle Walt's Insider. All rights reserved. All images used with permission. Unless otherwise attributed, all images licensed under Creative Commons CC0 license. This site is protected by reCAPTCHA and the Google Privacy Policy and Terms of Service apply.