Computer A.I. advances to Round 3 of planDisney panel search 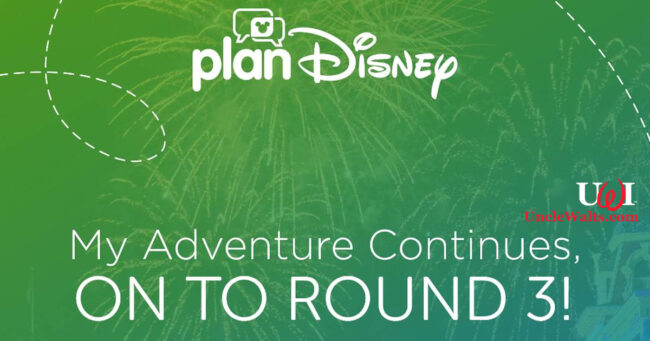 If it makes it, this will be the first computer-generated personality to make it onto the panel — that we know of.

LONGYEARBYEN, SVALBARD — The search is on for new members for the planDisney trip advice panel!* Tens of thousands of applicants have already been eliminated, and the remaining few are keeping their fingers crossed.

But one potential panelist has no fingers to cross. That’s because the applicant, “John Q. Disneyfan of St. Louis, Missouri,” is not a person, but an Artificial Intelligence program running on a computer. A computer, in fact, that sits on a desk in the corner of Uncle Walt’s Insider offices.

It was supposed to work for us

“Yes, we invented the A.I. that has a good shot at getting on the planDisney panel,” said our own Uncle Walt. “But we really created it to write articles for Uncle Walt’s Insider. It just seemed easier for us to write complicated satire-generating software than, you know, actually churn out a new article every day or two.

“Unfortunately, it just isn’t up to writing to our level of cleverness… but we found that it’s super-easy to get it to answer questions from Disney trip planners. It’s tapped into a backdoor in Disney’s I.T. network, and can generate human-sounding responses in no time. So we figured it would be perfect for the planDisney panel.

“In fact, we nearly blew it right out of the gate when the A.I. submitted its answers to the Round One questions 0.36 seconds after the questions went live. Fortunately, no one noticed. We’ve slowed it down since then.”

Round 3 will be a challenge

While Mr. “Disneyfan” has passed the first two rounds of the selection process, the final round will be more of a challenge. The planDisney panel search relies on written questions and answers only in Round One, and written answers plus a video submission for Round Two. Round Three requires a live video interview.

“The Round Two video wasn’t much of a challenge. We just videoed Marty (who is the best-looking of all of us) [Walt: I did not say that. Stop making up quotes.] [Marty: That’s how my source remembers it.] reading the answer the A.I. generated. So I guess he’ll have to do the interview, too. We’ll just have “Disneyfan” on standby to feed him lines.”

“Dang it,” he said. “I just realized that if the A.I. gets chosen for the panel, Marty will have to be the one to actually go to Disneyland in December for the training. I should have done that video.“

*Not to be confused with the Uncle Walt’s Insider (Step)planDisney panel. As if that’s possible.

Examples of the AI-generated answers are on the next page!

Page 1 of 212»
October 27, 2022 by Marty in Other, step-planDisney
© 2020 Uncle Walt's Insider. All rights reserved. All images used with permission. Unless otherwise attributed, all images licensed under Creative Commons CC0 license. This site is protected by reCAPTCHA and the Google Privacy Policy and Terms of Service apply.