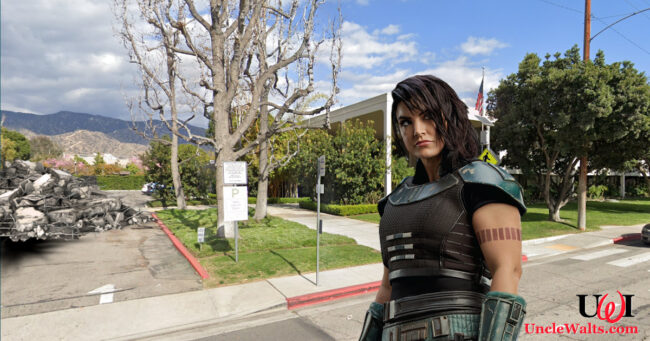 No controversy here, no sir.

“Off the record, though,” Disney (no relation) continued, “Chip was less interested in coming up with new attractions, and more into completely gutting the Imagineering offices, ‘to get them ready to flip.'” [Note to self: look up the meaning of “off the record” before publication.]

Gaines’ replacement, actress and former MMA fighter Gina Carano, is a surprising choice. (It says so right above this paragraph.)

“We were lucky to get her,” says Disney (no relation). “We need someone tough to clean house, and Carano had just gotten out of a time-consuming obligation.”

Carano was quick to set her priorities as new Imagineering leader:

“Job one is to fire this guy,” Carano told Uncle Walt’s. “And then I’ll spend a few weeks just getting rid of all the #&@! shiplap!”

What should Carano tweet to celebrate her new job? Let us know in the comments below!