Billy the Big-Mouth Bass is the newest Disney Princess 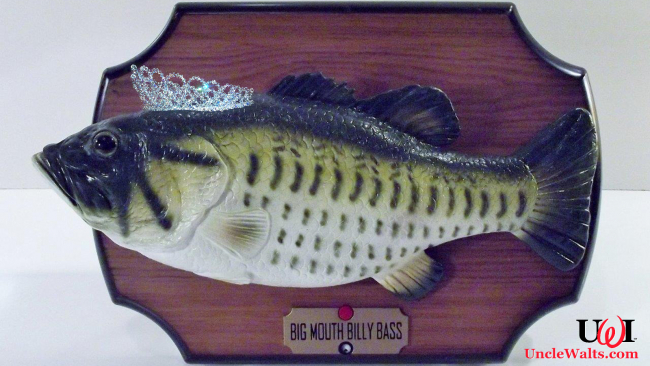 COPPELL, TX — He’s been hanging on walls and singing for 20 years. He’s probably the most well-known fish in the world after Jaws, Nemo, and Abe Vigoda. He’s Big Mouth Billy Bass.

And now he’s a part of Disney’s world, as the entertainment giant has announced the buyout of Billy’s creator, Texas-based Gemmy Industries.

“Okay, he’s not, really. But honestly, Disney is running out of A-list companies to buy out.”

Didn’t you just love LaFoe in Beauty and the Beast? Let us know in the comments below!

April 12, 2019 by Marty in Other
© 2020 Uncle Walt's Insider. All rights reserved. All images used with permission. Unless otherwise attributed, all images licensed under Creative Commons CC0 license. This site is protected by reCAPTCHA and the Google Privacy Policy and Terms of Service apply.