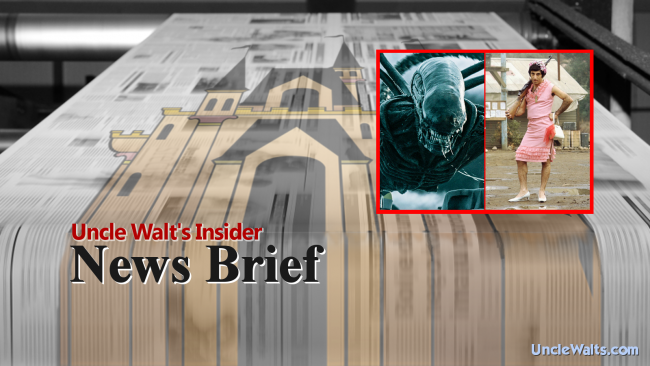 Disney’s purchase of Fox brings many new princesses into the family.

BURBANK, CA — The Disney Company’s acquisition of 21st Century Fox’s assets brings a stunning array of well-known characters into Mickey’s domain, and today the company made official what many predicted: the title of “Disney princess” has been granted to many of those characters. Newly-crowned princesses include Olive from Little Miss Sunshine, Corporal Max Klinger from M*A*S*H, Scrat the prehistoric squirrel from the Ice Age movies, the robot from Lost In Space, Mary Richards from the Mary Tyler Moore Show, and the alien offspring of Ripley and the Alien Queen. No word yet on when any of these characters will begin appearing in the parks.

January 27, 2018 by Marty in Other
© 2020 Uncle Walt's Insider. All rights reserved. All images used with permission. Unless otherwise attributed, all images licensed under Creative Commons CC0 license. This site is protected by reCAPTCHA and the Google Privacy Policy and Terms of Service apply.