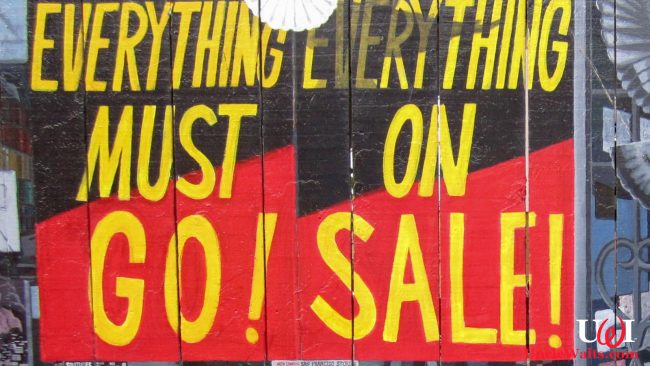 BURBANK, CA — The Walt Disney Company is apparently having budget shortfalls, what with the extended closure of Hong Kong Disneyland and Shanghai Disney Resort over concerns about COVID-19 (Coronavirus). Consequently, they have announced that they would be selling off some assets.

Uncle Walt’s Insider staff carefully read through the 38 page list of assets that are being sold. While most of the items are unremarkable – mostly discarded churro wrappers – there were several intriguing items buried on later pages of the list, and we thought they would be of interest to our readers:

.
There was also a footnote that Disney would be willing to part with sportscaster Al Michaels, although “that may be tricky, because we already traded him away for Oswald the Lucky Rabbit.”

Would you bid on Jar Jar? Let us know in the comments below!

Cover photo: A sign on the Walt Disney Company headquarters. Photo by Utilizer [CC-BY-SA-4.0] via Wikimedia.

March 14, 2020 by Walt in Other
© 2020 Uncle Walt's Insider. All rights reserved. All images used with permission. Unless otherwise attributed, all images licensed under Creative Commons CC0 license. This site is protected by reCAPTCHA and the Google Privacy Policy and Terms of Service apply.