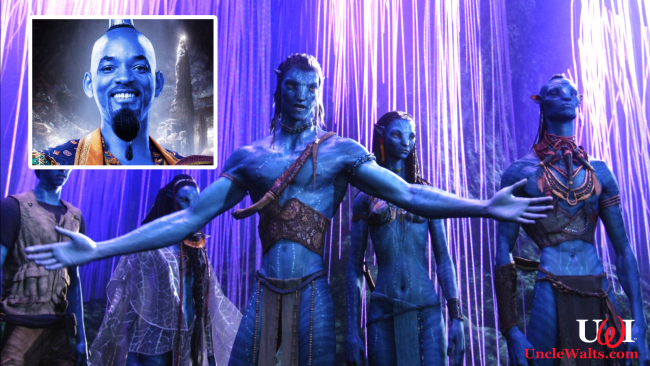 Will Smith is “a great actor… but he’s not blue.”

BURBANK, CA — Pandoran protestors marched on Disney Studios yesterday, demanding that the role of Genie in the upcoming live-action remake of Aladdin be recast.

“Will Smith is a great actor,” Na’vi spokesperson Swizav Tawwäì’itan told Uncle Walt’s Insider. “I’ve been a fan of his since he starred in Eyktan’itan Pxasul te Bel-Air. But there are plenty of blue actors out there, and he’s not blue.”

Disney has had a bumpy history with the Na’vi people.

“Sure, they built Pandora: The World of Avatar,” Tawwäì’itan said. “And the location was perfect — our people are used to oppressively hot and humid environments. But then they didn’t hire any Na’vi Cast Members, like they did for the nations in World Showcase — at least, not until we protested.”

At press time, Disney Studios had not responded publicly to the demand.

March 11, 2019 by Marty in Other
© 2020 Uncle Walt's Insider. All rights reserved. All images used with permission. Unless otherwise attributed, all images licensed under Creative Commons CC0 license. This site is protected by reCAPTCHA and the Google Privacy Policy and Terms of Service apply.