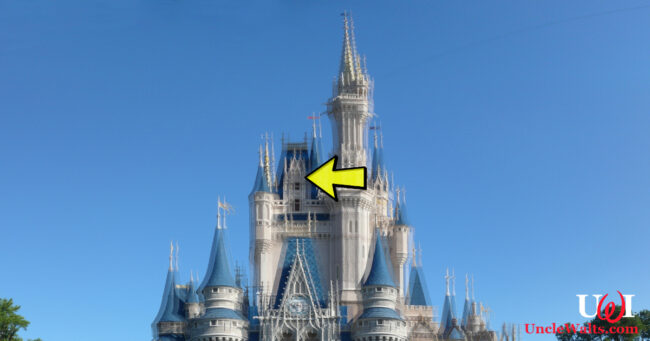 Orlando Land engineer Bucky “Buck” Buckercocktosten filed a drawing with the Reedy Creek Improvement District recently showing the errors. As it turns out, the borders in the initial survey differ from the borders actually used. The boundaries used during construction were off by a full two inches.

Shutting down the parks to fix the error

This error has actually been known within the inner circle of executives the Walt Disney Company since November of 2019. In a bombshell report that we did not totally make up, Uncle Walt’s Insider has discovered that the entire Coronavirus pandemic was created by Disney to cover up this embarrassing mistake. Disney (the company) spokesperson Jun Disney (no relation) shared the story with Uncle Walt’s Insider.

“Okay, okay,” said Disney (no relation). “Don’t you dare publish this, but it’s true. We got the virus from our contacts in China, released it upon the world so we could shut down the parks and make the changes. In hindsight, maybe that was a mistake. While were able to make the changes during the closure, the lasting effects made us realize we probably should have left it alone.”

When pressed to reveal the embarrassing mistake, and the fix, Disney (no relation) continued, “Anyway, mistake or not, we used the shutdown to shift the entire resort two inches to the left. The toughest part was moving our nuclear power plant two inches, but we got it done!”

Our left or your left, we asked?

We knew the parks looked different! What about you? Let us know in the comments below!

November 5, 2020 by Walt in Florida
© 2020 Uncle Walt's Insider. All rights reserved. All images used with permission. Unless otherwise attributed, all images licensed under Creative Commons CC0 license. This site is protected by reCAPTCHA and the Google Privacy Policy and Terms of Service apply.