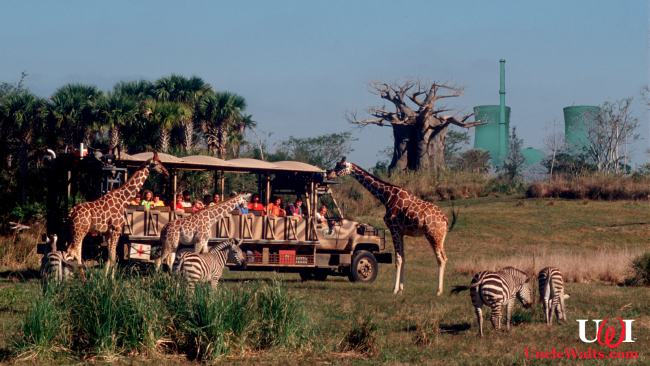 One Orlando paper says Disney could build a nuclear plant. We say they already have.

“Yeah, it’s been there for decades,” says Disney (the company) spokesperson Jun Disney (no relation). “It’s easy to see from the Kilimanjaro Safari, if you know where to look. We just painted it Go-Away Green, and then positioned the animals on the Safari so you’re always looking away from it.”

As it turns out, much of the Animal Kingdom park runs on nuclear power.

“Absolutely, yes,” Disney (no relation) continues. “It’s one of the secrets of Disney magic. We had all of that open space to the north, and a lot of the animals on the Safari are animatronic, so they’re a big power draw. And it’s also great for the handful animals that are real, because they now glow in the dark. That’s what makes the nighttime Safari rides so special!”

With the addition of the glowing nuclear-powered bioluminescence of Pandora: The World of Avatar, and the fusion-powered barges in Rivers of Light, the plant is now running near its capacity.

“We’re considering building a second plant,” Disney (no relation) says, “and we may have to hurry, after that newspaper article. Star Wars: Galaxy’s Edge is going to draw a lot of power!”

Which glow-in-the-dark animal is your favorite? Let us know in the comments below!

Cover photo: Disney’s Kilimanjaro Safari on a clear day. Reportedly a nuclear power plant is visible from this ride somewhere.

February 16, 2019 by Marty in Florida
© 2020 Uncle Walt's Insider. All rights reserved. All images used with permission. Unless otherwise attributed, all images licensed under Creative Commons CC0 license. This site is protected by reCAPTCHA and the Google Privacy Policy and Terms of Service apply.