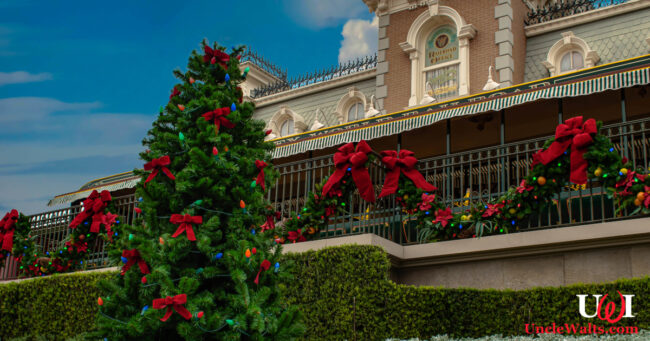 He took all their presents, their ribbons, their wrappings,
Their snoof and their fuzzles, their tringlers and trappings!

WALT DISNEY WORLD, FL — For decades, Disney has embraced the holidays, overloading their parks with festive garlands, lights, music, and shows. There were few places in the world that celebrated the season like Walt Disney World.

But not this year.

In yet another indicator that 2020 really sucks, [Ed.: Are professional journalists allowed to say “sucks” now?] [Marty: Forget professional journalists. How about us?] park officials announced yesterday that the Christmas season has been canceled for this year. That means no ice lights on Cinderella Castle, no giant trees, no Osborne Family Lights in Pandora. Nothing.

This sad announcement follows massive Cast Member layoffs at the resort. [Ed.: Maybe them letting go of Santa Claus should have tipped us off?]

You’re a mean one

We spoke with Walt Disney World Resort and Spa president (and spa) Jeff Vahle off the record.

“I could give you a song and dance about this being because of COVID-19 and the pandemic,” said Vahle, “but really, it’s just a lot of work to put up all of those decorations. A lot of work. And it takes a lot of money.

“But really, don’t print this. We’re able to get away with it because of the health scare.”

UPDATE: It’s been reported that crowds of guests and Cast Members have linked arms in a circle in the Magic Kingdom hub, and are singing “Fah who foraze! Dah who doraze! Welcome Christmas, come this way!” We’ll let you know if anyone’s heart grows three sizes.

What will you miss the most about Christmastime at Walt Disney World? Let us know in the comments below!

Cover photo: What Walt Disney World used to look like at Christmas. Stock photo from DepositPhotos.

October 21, 2020 by Marty in Florida
© 2020 Uncle Walt's Insider. All rights reserved. All images used with permission. Unless otherwise attributed, all images licensed under Creative Commons CC0 license. This site is protected by reCAPTCHA and the Google Privacy Policy and Terms of Service apply.