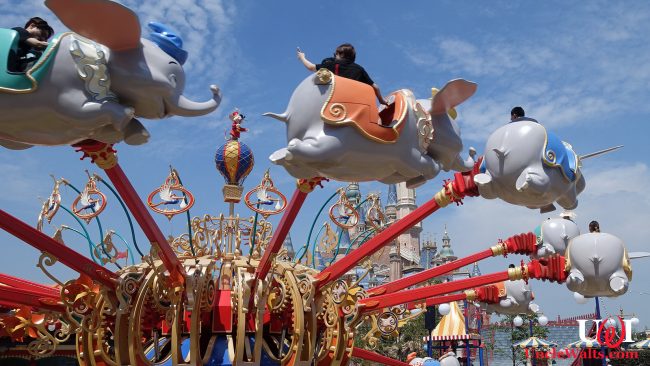 Pint-sized terror suspects no longer have to worry about being denied boarding.

WASHINGTON, DC — As Uncle Walt’s Insider readers know, the Homeland Security Department’s “no-fly list” kept a toddler off of the Dumbo ride in December. New rules issued by the Transportation Security Administration this week may avoid that issue in the future.

As reported here, the Cooper family of Athens, Ohio, including both parents, one grandmother, and three children, were denied boarding on Magic Kingdom’s iconic Dumbo the Flying Elephant ride, after youngest child Emma Cooper, age 21 months, was found to be listed on Homeland Security’s No-Fly List. Emma’s father Guy Cooper, 36, insisted at the time that there must have been a mistake, and that Emma could not even spell “terrorist.” [Ed.: She has since learned how.] The family was advised at the time that they would not be able to soar with Dumbo until Emma’s name is removed from the list, and were given a coupon for two free churros to soften the blow.

Under the newly-announce rules, any person appearing on the no-fly list is still to be denied boarding on any “commercial flights, domestic or international, and any aviation- or aerial-themed attraction” — which would include Dumbo, Goofy’s Barnstormer, and possibly Voyage of the Little Mermaid — but only if the person listed “is above six years of age, or looks suspicious.”

The Coopers have no immediate plans to return to Walt Disney World, but hope to do so before Emma turns six.

Have you ever been denied boarding on Dumbo? Can you spell ‘terrorist’? Comment below!

Cover photo of Dumbo the Flying Elephant and friends visiting Shanghai by Jeremy Thompson [CC BY 2.0] via Flikr.

May 3, 2018 by Marty in Florida, Other
© 2020 Uncle Walt's Insider. All rights reserved. All images used with permission. Unless otherwise attributed, all images licensed under Creative Commons CC0 license. This site is protected by reCAPTCHA and the Google Privacy Policy and Terms of Service apply.