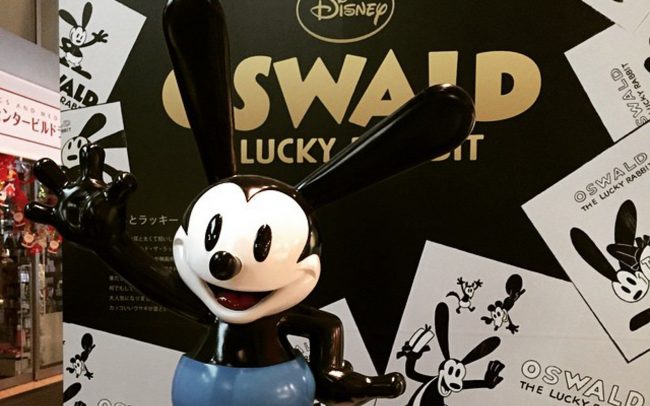 Panic ensued at Disney’s Magic Kingdom Park on Saturday as the three o’clock parade failed to begin precisely at three o’clock. Guests waiting in Frontierland watched the parade starting point for almost four-and-a-half minutes past three before the music sounded and the leading performers of Disney’s Festival of Fantasy Parade appeared. During that brief time, over 75 complaints were logged at City Hall. Cast members are also shaken, and are now unsure how to answer when a guest asks them what time the 3 o’clock parade starts.

Beauty and the Beast‘s egotistical he-man Gaston may have biceps to spare, but he also has a handful of legal troubles to sort through. Walt Disney Pictures announced that Gaston was being placed on an indefinite suspension after allegations of “discriminatory treatment” were called to the company’s attention. Lawyers for the character released a public statement proclaiming their client’s innocence, insisting that “he may be a sexist jerk, but there is no evidence of harassment.”

The Cooper family of Athens, Ohio, including both parents, one grandmother, and three children, were denied boarding on Magic Kingdom’s iconic Dumbo the Flying Elephant ride, after youngest child Emma Cooper, age 21 months, was found to be listed on Homeland Security’s No-Fly List. Emma’s father Guy Cooper, 36, insists this is a mistake, and that Emma cannot even spell “terrorist.” Nevertheless, the family will not be able to soar with Dumbo until Emma’s name is removed from the list. The family was given a coupon for two free churros to soften the blow.

A recent visit to New York City by Disney Company CEO Bob Iger proved disastrous, as Iger learned that the contract returning the rights of Oswald the Rabbit to Disney contained a loophole taking the plucky rabbit back from Disney. Just as company founder Walt Disney lost the rights to this cartoon creation, Iger has found that the Oswald return contract from NBC Universal contained a clause saying that they could reclaim the character “whenever they felt like it.” While returning by train to California, a despondent Iger, never one to be kept down, began sketching a new character — a lovable anthropomorphic mole he calls “Mikey.”

December 10, 2017 by Marty in California, Florida, World
© 2020 Uncle Walt's Insider. All rights reserved. All images used with permission. Unless otherwise attributed, all images licensed under Creative Commons CC0 license. This site is protected by reCAPTCHA and the Google Privacy Policy and Terms of Service apply.