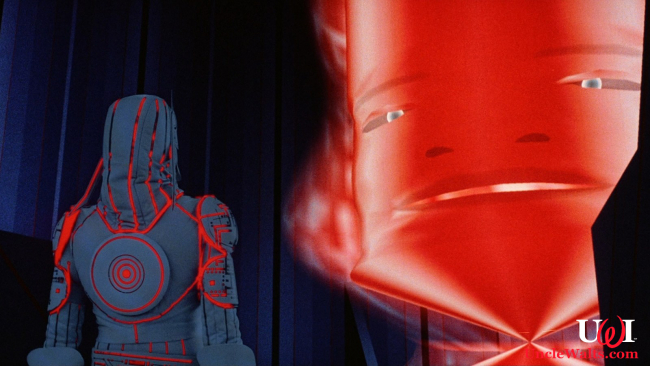 Look likes someone’s gonna have to be digitized to regain control.

WALT DISNEY WORLD, FL — Disney’s 1982 computer-trip adventure Tron and its sequels (Tron: Reloaded, Tron: Revolutions, and The ReTron of the Jedi) are the inspiration for a new roller coaster currently under construction in the Magic Kingdom. The new coaster will  be entirely computer-generated, like every other new Disney attraction from here on.

Unfortunately, the designers’ quest for 80’s-era computer realism also came with 80’s-era lax cyber-security. And now the Tron Rollercoaster has been delayed, due to hackers placing ransomware on the computers being used to code the new ride. The attacker is demanding a single bitcoin, currently valued around $8000 US dollars, in exchange for the decryption key.

This is starting to sound familiar

Disney I.T. security professionals informed the coaster’s “builders” (programmers) of the attack. One programmer offered to speak to Uncle Walt’s Insider under the condition that we would not release his name. You guys know the drill. [Ed.: Hi, Kaipo! Hope you get back to Hawaii soon!]

This anonymous source (who is not Kaipo from Hawaii) shared with us, “So I got here to start coding the support legs for the main tracks. The first thing we do is check with the Master Control Program, pass along our credentials, and we then contact our programs to start telling them what to do. My program’s name is Menehune. I tried contacting him, but the MCP blocked us from communicating with them. I’m not sure what is going on, but based on what I know, it sounds like an inside job.”

The source told us he was going to be digitized and enter the world of the programs to try to regain access to the Master Control Program. He tried to explain the process, but it was a bit complicated — something about speeder bikes, electronic spiders and glowing Frisbees.

Disney (the company) spokesperson Jun Disney (no relation) was unwilling to answer questions, but gave the following statement:

“Our official statement is there is no official statement to these unsubstantiated rumors, no matter how true. Construction continues to be on-time, and this delay that isn’t really a delay is also not related at all to the delays we are not officially facing at Mickey & Minnie’s Runaway Railway. Any thought or idea that we are using technology designed in the 80’s to bring digital forms to the real world, or vice versa, would probably be true, but our official statement is they are not. We are still using traditional construction methods, at least as far as the Government and general public are concerned. Here, have a churro.”

Ah, churros. They bring comfort to those who mourn. They sustain us during those long hours standing in line to visit our favorite attraction. Lightly fried, covered in the perfect blend of cinnamon and sugar. Churro.

What just happened? Let us know in the comments below!

Cover photo: Someone who may or may not be our source confronting the Master Control Program. Photo © 1982 Disney.

May 16, 2019 by Walt in Florida
© 2020 Uncle Walt's Insider. All rights reserved. All images used with permission. Unless otherwise attributed, all images licensed under Creative Commons CC0 license. This site is protected by reCAPTCHA and the Google Privacy Policy and Terms of Service apply.