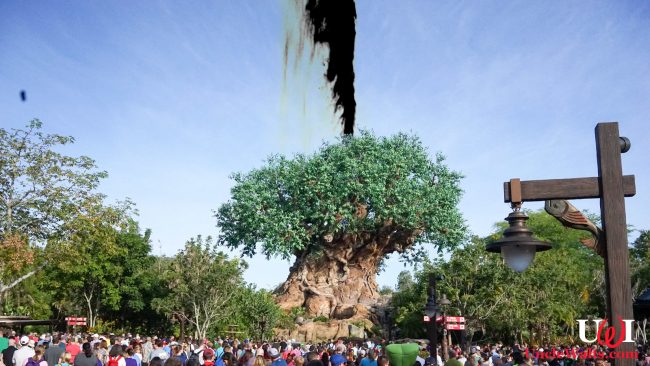 WALT DISNEY WORLD, FL — Details are sketchy, but apparently the oil rig used to construct the Tree of Life is more than just a frame. Guests at Disney’s Animal Kingdom Theme Park, Spa, and Nahtazu are reporting a plume of oil sprouting from the top of the Tree.

The situation is changing quickly, but reports are coming in that Cast Members are trying to hold umbrellas over some of the animals to shield them from the rain of crude oil. This has resulted in at least one tiger mauling.

With the oil geyser ongoing, two organizations, People for the Ethical Treatment of Animals (PETA) and the Environmental Protection Agency (EPA), have withdrawn their coveted “Thumbs Up” ranking of the park. Also, climate activist Greta Thunberg (GT) has tweeted a picture of herself scowling.

Now I bet they allowed lids on the drinks there, right? Comment below!

Cover photo: The Tree of Life strikes oil. Photo by Jaimie Michaels [CC BY 2.0] via Flickr, and John Trost [CC0] via Wikimedia.

February 18, 2020 by Marty in Florida
© 2020 Uncle Walt's Insider. All rights reserved. All images used with permission. Unless otherwise attributed, all images licensed under Creative Commons CC0 license. This site is protected by reCAPTCHA and the Google Privacy Policy and Terms of Service apply.