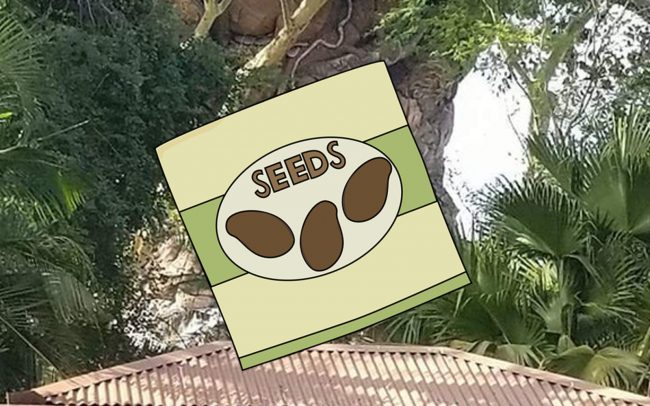 Following last week’s stunning announcement that the Tree of Life will be removed, the Disney Company has announced that the Tree will live on — possibly in your own backyard!

Loggers began removing the Tree of Life, the central icon and symbol of Disney’s Animal Kingdom Theme Park since its opening in 1998, last week, following an incident where several guests tried to climb it. Walt Disney World Resort guests report that as of publication, only some outer limbs have been sheared off and most of the Tree is still intact, but Uncle Walt’s has been told that the work is accelerating and the Tree will be completely removed within another two weeks’ time.

While most Disney fans have shrugged off the removal as just another in a series of radical changes to their beloved parks, a vocal minority have expressed shock and dismay over the loss of such a rare biological treasure.

“You just don’t find anything else like it in nature!” says Kensington, California, resident Erika Chase. Chase, 42, who prefers to be called “Nutmeg” by her friends, is a longtime Sierra Club member.

“I mean, what are the odds that all of those animals would end up on the trunk of the tree? I mean, it’s so amazing. If I weren’t so scientifically-minded, I could probably use the Tree of Life as an argument for intelligent design! It’s just so sad that it has to go.”

The Tree of Life may be going, but from the latest Disney press release, it will not be gone forever. Disney horticulturalists are working to harvest seeds and cuttings from the Tree, and will start selling them online and at Disney Store retail outlets after the start of the year. The timing, according the release, is ideal, putting the seeds into consumers’ hands in time for Spring planting.

Chase/Nutmeg is elated. “I’m going to get three of them, and put them in the window box on my condo balcony,” she said. “I hope they don’t grow too big.”

December 13, 2017 by Marty in Florida
© 2020 Uncle Walt's Insider. All rights reserved. All images used with permission. Unless otherwise attributed, all images licensed under Creative Commons CC0 license. This site is protected by reCAPTCHA and the Google Privacy Policy and Terms of Service apply.