Tree of Life on the chopping block; it's a "hazard" after guests climb - Uncle Walt's Insider

Tree of Life on the chopping block; it’s a “hazard” after guests climb 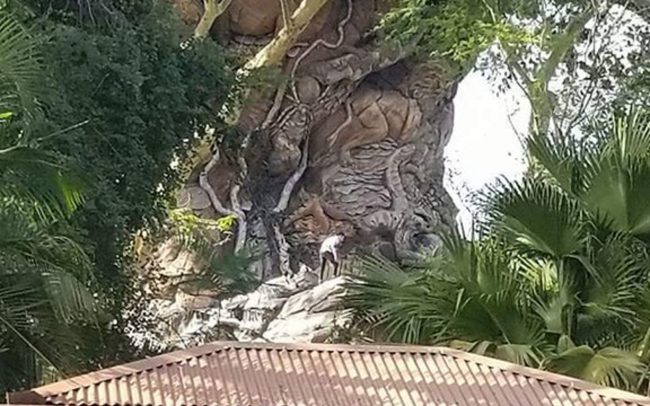 Just three days after unidentified guests attempted to climb the Tree of Life at the Animal Kingdom (pictured above), Walt Disney World Resort announced that the iconic tree will be removed in order to avoid future incidents.

A wonder of nature

Disney’s Animal Kingdom Theme Park opened in 1998, built around the 145-foot tall Tree of Life, which was discovered there in the late 1970’s. Imagineers at the time marveled at the trunk of the Tree, the bark of which had grown in abstract animal shapes. With a minimal amount of carving and growth “guided” by Disney horticulturalists, the animals became more distinctive, taking the form we know today.

On Sunday, December 3, four guests attempted to scale the Tree of Life. (It is not known at time of press whether Disney’s expansion of alcohol availability in their parks was a factor.) Although those guests were quickly removed from the Tree and “disappeared” by Disney’s elite “extreme sanction” security team, company attorneys immediately began discussing the hazard that the Tree poses to guests who may attempt to repeat the climb.

“The potential for problems has been there from the start,” Imagineer Joe Rohde tells Uncle Walt’s Insider. “Yes, the animals on the trunk look amazing, but they also provide really impressive handholds for anyone who gets it in their head to try climbing it. I’m not a lawyer, but even I understand what an ‘attractive nuisance’ is. Now that we know the problems, there could be liability if we allow the Tree to stay.”

Rohde admits to having climbed the Tree himself “several times, but only in an official capacity, and not at all because it was early in the morning and there weren’t any guests around to see me.” 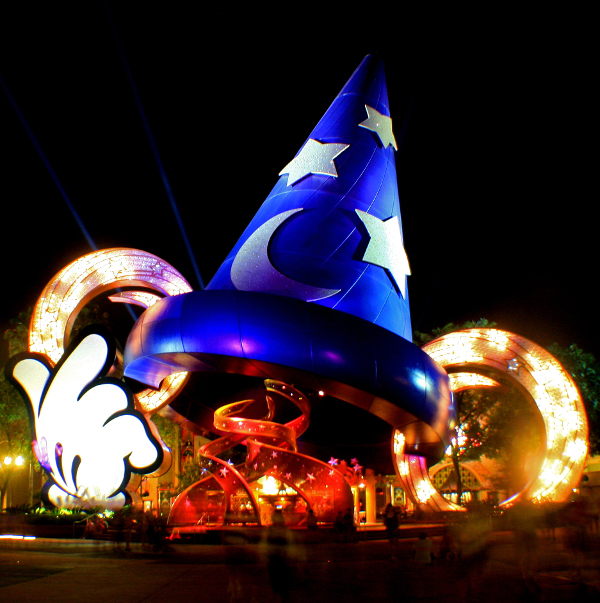 Loggers will work on removing the Tree of Life each night after park closing, beginning tonight. The removal is expected to take 2-3 weeks due to the size of the Tree.

Uncle Walt’s asked Rohde what, if anything, would take the place of the Tree of Life.

“It’s still too early in the process to tell,” Rohde replied. “We might guide the mountains of Pandora towards the center of the park. They float, so they’re really easy to move. The biggest issue would be moving all of the World of Avatar stuff on the ground with them.

“And if that won’t work, we do still have a giant Sorcerer Mickey hat we’re not using.” (pictured, right)

Will you miss the Tree of Life? Comment below!

December 6, 2017 by Marty in Florida
© 2020 Uncle Walt's Insider. All rights reserved. All images used with permission. Unless otherwise attributed, all images licensed under Creative Commons CC0 license. This site is protected by reCAPTCHA and the Google Privacy Policy and Terms of Service apply.