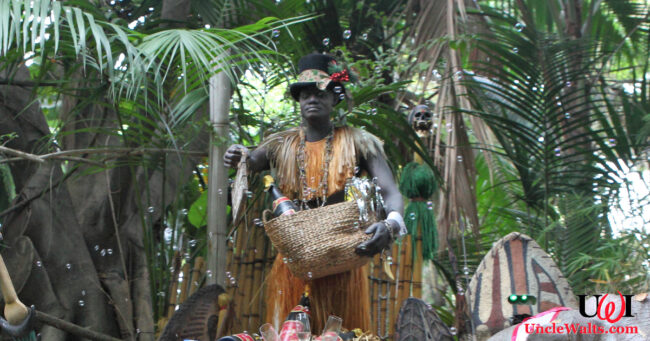 Next they’ll come for the non-mask wearing animals.

WALT DISNEY WORLD, FL — When the Walt Disney World Resort and Spa re-opened last year, Disney required guests and Cast Members to wear masks 100% of the time while on WDW property. The mandate included mask-wearing while walking, running, standing, eating, drinking, sleeping, swimming, bathing, showering, and enjoying the resort’s rides, , and other entertainment options. Despite this mandate, one man openly defied the policy for months without consequence.

Well, not any more. Trader Sam is no longer on the Jungle Cruise.

Trader Sam, a longtime icon of The Jungle Cruise, was native to the Florida swamps that existed prior to Walt Disney’s take-over of the land. Known as Trader Sam to the locals, Trader Sam made a living trading heads, often striking up a deal offering two of his heads for one of yours. Walt Disney himself negotiated an agreement with Trader Sam, where in exchange for acquiring the land, Trader Sam could stick around and sell his heads. (Trader Sam’s heads, not Walt Disney’s.)

He really knew how to get ahead

Recent Jungle Cruise riders have told Uncle Walt’s Insider that Trader Sam is absent from his post, so of course we investigated.

Our own Uncle Walt found Trader Sam setting up a new shop under the intersection of Interstate 4 and World Drive. A sad Trader Sam explained that the official reasons Disney gave for his banishment were for failure to wear a mask, refusal to social distance, and for beheading guests. Trader Sam thinks the real reason is because he refused to renegotiate his contract to share profits with Disney.

So the next time you’re in Orlando, look for Trader Sam under his bridge. He’s still offering the same deal: two heads, for the price of yours!

Okay, the mask rule has gone too far! Do you agree? Let us know in the comments below!

April 11, 2021 by Walt in Florida
© 2020 Uncle Walt's Insider. All rights reserved. All images used with permission. Unless otherwise attributed, all images licensed under Creative Commons CC0 license. This site is protected by reCAPTCHA and the Google Privacy Policy and Terms of Service apply.