The truth about Extra Magic Hour elimination: Disney is running out of magic - Uncle Walt's Insider

The truth about Extra Magic Hour elimination: Disney is running out of magic 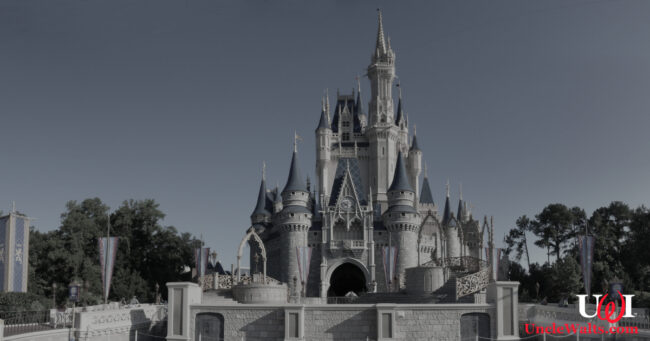 WALT DISNEY WORLD, FL — Fans of the Walt Disney World Resort & Spa are still reeling over the loss of the Magical Express and Extra Magic Hours [Ed.: And pavement]. But like seemingly everything else these days, there is worse news behind the bad news.

Disney has almost completely exhausted its store of magic.

“We’ve been draining our magic supplies like crazy in the past few months,” confesses Disney (the company) spokesperson Jun Disney (no relation).

“Not even the Most Magical Place on Earth any more”

“With Disneyland shut down, that park isn’t generating any magic, and the reduction in guests at the other parks means less magic happening. We can usually count on an excess supply — we are the number two generator of magic in the world, after all, behind only the United States military.

“But with the shutdown and restrictions, we’ve had to tap into our magic reserves just to keep it all going. And those reserves are just about gone. So now we’re canceling the Magical Express and Extra Magic Hours [Ed.: And pavement], not as a cost-cutting measure, but because we no longer have the magic to operate them.”

Disney (no relation) sighed. “Don’t publish this (and certainly don’t highlight it in a subheader), but Walt Disney World is not even the Most Magical Place on Earth any more. And it may be a while before we can reclaim that title from the current number one [Ed.: Tahiti].”

How do we get it back? Click our heels three times? Clap and say “I do believe in faeries”? Let us know in the comments below!

January 19, 2021 by Marty in California, Florida, World
© 2020 Uncle Walt's Insider. All rights reserved. All images used with permission. Unless otherwise attributed, all images licensed under Creative Commons CC0 license. This site is protected by reCAPTCHA and the Google Privacy Policy and Terms of Service apply.