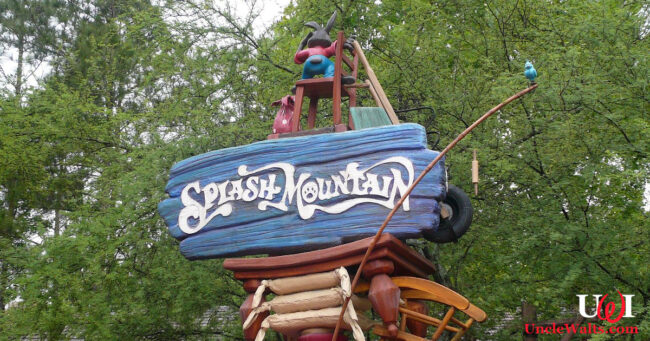 Karen’s not just one of the original Mousekeeters!

The Mountain formerly known as Splash

As already announced, Splash Mountain will be themed to The Princess and the Frog. Not previously announced, until we announced it right now, the ride will also be re-named — but not to “Flash Mountain.”

Disney (the company) spokesperson Jun Disney (no relation) tells Uncle Walt’s, “In order to fight the growing ‘Karen’ culture in our world, Splash Mountain will now be called:

‘It’s Called Splash Mountain, Wear A Poncho If You Don’t Want To Get Wet. You’ve Been Warned!’”

No word yet on whether the ride’s trademark 53-foot drop will remain.

With the introduction of Splash Mountain in 1992, the whole “Wild West” Frontierland theme didn’t really fit any more. So only 28 years later, Disney finally decided to correct it!

Disney (no relation) announces, “Frontierland will now be known as:

‘Frontier-ish Land With A Random Louisiana Mountain Thrown In.'”

Disney (no relation) continues, “Once again, this is a case of the old name just not really fitting anymore. Tomorrowland hasn’t been futuristic since about 1980. It needs a name which will encompasse Monsters, People Movers, Outer Space-themed roller coasters, and Tron. So it will be renamed to be:

Disney (no relation) checks her notes.

“Never mind. Nothing to announce here. Rapunzel’s still only got a bathroom.”

Should Rapunzel’s bathroom be considered a ride? Let us know in the comments below!

July 4, 2020 by X in Florida
© 2020 Uncle Walt's Insider. All rights reserved. All images used with permission. Unless otherwise attributed, all images licensed under Creative Commons CC0 license. This site is protected by reCAPTCHA and the Google Privacy Policy and Terms of Service apply.