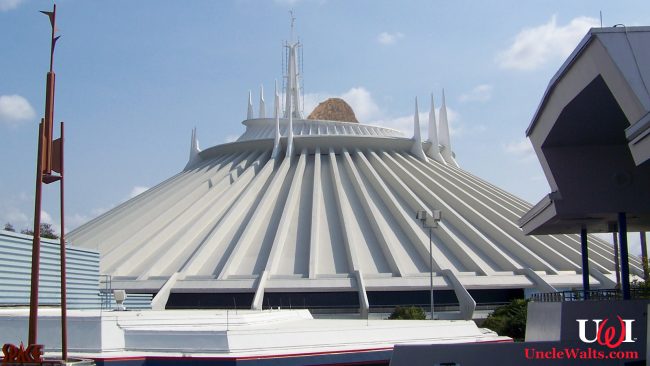 “Space Hill” just doesn’t have the same ring to it.

ORLANDO, FL — What’s in a name? Well, for Space Mountain, and perhaps the other “Disney Mountains,” quite a bit! In a shocking development, researchers at the Disney Institute have concluded that Space Mountain no longer qualifies for mountain status. It is only a hill, and must be renamed.

This follows years after the same researchers concluded Pluto does not qualify as a planet. It was downgraded to a whole new, made-up status. The ruling brings into question the validity of the other famous mountains within the Disney parks, including Splash Mountain, Big Thunder Mountain, and Trash Heap Mountain in the New Jersey Pavilion at EPCOT.

Easier just to change the names

Disney will soon be adding new signage displaying the name changes. Look for Space Butte, Splash Pike, and Big Thunder Hill Railroad to receive their new names first. Imagineers are still working out what to do with the Trash Heap. Officially it’s not anything created by Disney, it’s just part of New Jersey.

UPDATE: As of yesterday, a steady line of Cast Members pushing wheelbarrows are winding up the side of Space Mountain, apparently trying to raise the height of the structure until it’s a mountain. Good luck gaining that extra 910 feet!

Do you like to sled down the Trash Heap? Let us know in the comments below!

December 6, 2019 by Walt in California, Florida
© 2020 Uncle Walt's Insider. All rights reserved. All images used with permission. Unless otherwise attributed, all images licensed under Creative Commons CC0 license. This site is protected by reCAPTCHA and the Google Privacy Policy and Terms of Service apply.