No line at Soarin' a "sign of the End Times," says expert - Uncle Walt's Insider

No line at Soarin’ a “sign of the End Times,” says expert 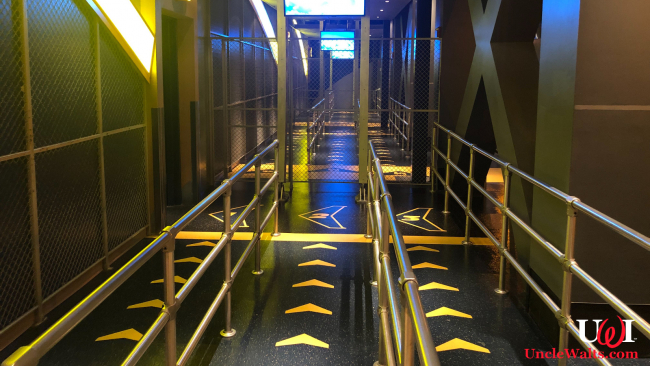 No one waiting for Soarin’ at Epcot? The Apocalypse draws nigh.

WALT DISNEY WORLD, FL — It is one of Disney’s most popular attractions, and has been since it opened. From its original “over California” film, to the mostly-CG “around the World” version, to its coming all-fake “around the Solar System,” Soarin’ is a must-see for most guests.

Or it used to be, at least. And when our own Uncle Walt found a “0 minute” wait time and absolutely no one in line, it sent all of us searching for answers.

That’s the take of Professor Polycarp McKellar, chair of the Eschatology and Soft Breads Department at the Bismarck (ND) School of Theology and Bakery.

“The book of Revelation is clear that the coming of the destruction of the world will be signaled by unprecedented evil,” says Professor McKellar. “The language is very symbolic and not always easy to tie to real-world events, but no line at Soarin’? Man, that’s scary. That has to be one of the seven seals, or bowls of wrath, or grapes of wrath. Something like that.”

Watch for other signs

What else might we watch for, we wondered? McKellar shuddered.

“Well, obviously there’s the whole ‘wars and rumors’ of wars thing. But you guys do theme park stuff, right? There’s plenty of signs there.

“Anything obviously evil means the end draweth near. Things like using off-the-shelf carnival attractions instead of themed rides designed from scratch by Imagineers. [Note: McKellar previous predicted the Rapture to occur on February 8, 2001, the date Disney’s California Adventure park opened.] Or people turning away from churros to cream-cheese-filled pretzels.

“If that last one happens, it’s time to get right with the Almighty.”

And lo, He said to the cream-cheese-pretzel-lovers on His left: “Depart from me; I never knew you.”

March 25, 2019 by Marty in California, Florida
© 2020 Uncle Walt's Insider. All rights reserved. All images used with permission. Unless otherwise attributed, all images licensed under Creative Commons CC0 license. This site is protected by reCAPTCHA and the Google Privacy Policy and Terms of Service apply.