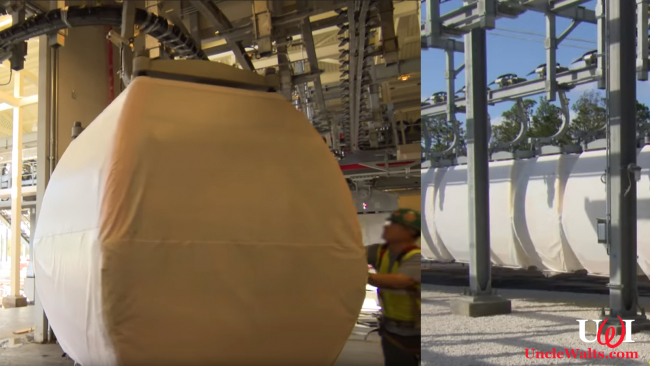 Disney caters to guests with fear of heights.

We reached out to Disney (the company) spokesperson Jun Disney (no relation) for an explanation.

The thrill is gone

“Isn’t it obvious?” Disney (no relation) asked. “It’s not supposed to be a thrill ride, but transportation. And since Walt Disney World has been relying on buses more, the trend in Disney transportation has been toward ‘boring.’ We’d hate to disrupt things too much.

“Besides, folks are so sensitive now about having all of their little idiosyncrasies catered to, like ‘phobias’ and ‘allergies.’ We’re just erring on the safe side, so no one with a fear of heights will be able to complain.”

Have you figured out how we’d actually get on board one of these things? Comment below!

February 4, 2019 by Marty in Florida
© 2020 Uncle Walt's Insider. All rights reserved. All images used with permission. Unless otherwise attributed, all images licensed under Creative Commons CC0 license. This site is protected by reCAPTCHA and the Google Privacy Policy and Terms of Service apply.