Shutdown bonus: Epcot 2.0 will be foldable! 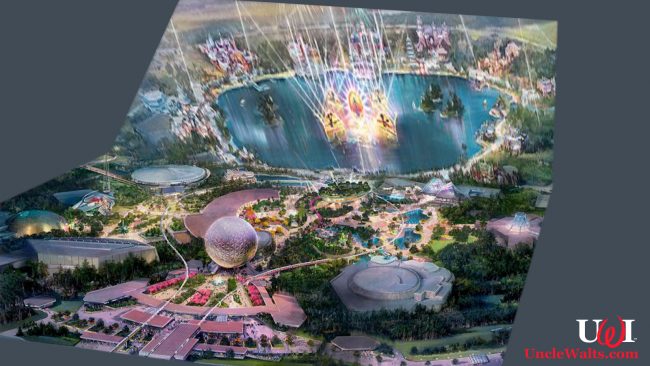 “It’s something we couldn’t have done while the parks remained open,” said Bob “What is it with all these Disney execs named Bob?” Weis.

“You know, Disney Imagineering has always been all about new ideas and innovation, except for that one period we don’t like to talk about. [Ed.: the “California Adventure Era.”] This shutdown gave us the opportunity to dream big, and to do something no theme park has ever done!”

But a foldable park, we asked?

“It’s a natural development,” Weis explained. “Epcot has always been two parks in one. So it only makes sense to install massive hinges and hydraulic folding mechanisms between World Showcase and Future World!”

We had more questions — well, one, really. “Why?” But Weis had to get to a meeting with another Disney executive [Ed.: probably named “Bob.”]

Is your name Bob? Would you like a job in Disney management? Let us know in the comments below!

May 15, 2020 by Marty in Florida
© 2020 Uncle Walt's Insider. All rights reserved. All images used with permission. Unless otherwise attributed, all images licensed under Creative Commons CC0 license. This site is protected by reCAPTCHA and the Google Privacy Policy and Terms of Service apply.