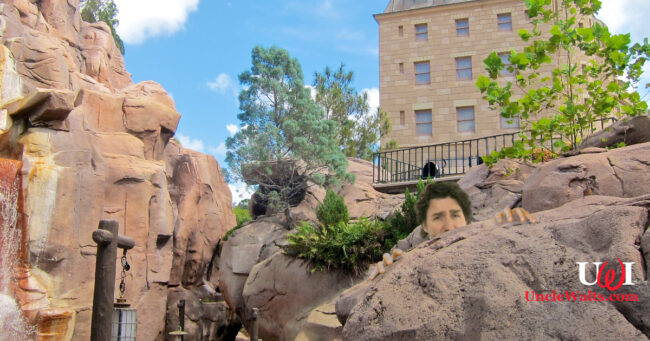 Cast Member Tracey B. tells Uncle Walt’s Insider, “He mostly just keeps to himself, but he’s nice enough if you talk to him.

“Of course, he claims his name is ‘Steve.’ So just to be sure it was him, I played the audio of a trucker’s air horn. You should have seen him jump! It’s him all right.”

Did Epcot ever fix that “America’s Hat” mistake? Let us know in the comments below!

February 4, 2022 by Marty in Florida, Other
© 2020 Uncle Walt's Insider. All rights reserved. All images used with permission. Unless otherwise attributed, all images licensed under Creative Commons CC0 license. This site is protected by reCAPTCHA and the Google Privacy Policy and Terms of Service apply.