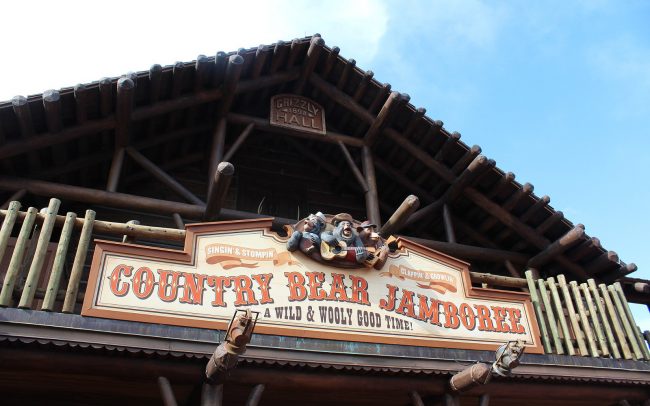 Theo Vann, 26, of Riverside, California, calls himself the “ultimate Disney fan,” having seen every Disney-branded movie and visited every theme park around the world at least twice. He is an annual Passholder at Disneyland and a member of the Disney Vacation Club, and has been on three trips organized by Adventures by Disney and on two Disney cruises. But could this self-proclaimed Disney expert handle the ultimate test of fan knowledge: could he name the Three Caballeros? Vann hesitated only a moment before saying, “Donald Duck… José Cuervo… and, uh,… Cheetoh… something?” Disney historians confirm that this is the closest any fan has gotten to the correct answer.

YouTube confirms what some sharp-eyed Disneyland guests noticed last April: actor Johnny Depp, dressed and in character as Captain Jack Sparrow, had inserted himself into Disney’s Pirates of the Caribbean boat ride at the theme park. Disneyland guests are now reporting sightings of Depp in other attractions as well. Witty Captain Jack first appeared just before the big drop in Splash Mountain, advising each flume log that it was “time to be turnin’ around, mate.” Depp then appeared in rapid succession sitting atop Monstro the whale in the Storybook Land Canal Boats, swimming in the Finding Nemo Submarine Voyage lagoon, and pretending to be a doll in it’s a small world. Complaints to Guest Services escalated after families observed Captain Jack challenging Tigger to a dual in a Critter Country character meet-and-greet area.

Disney Springs to be renamed

The shopping entertainment district currently known as Disney Springs will soon be getting another makeover, along with a new name. First opening as the Lake Buena Vista Shopping Village in 1975, the area was rebranded as Walt Disney World Village two years later. That name lasted until 1989, when it became the Disney Village Marketplace, and then in 1997 it changed to be called Downtown Disney. After a three-year renovation that included new shops, a new parking garage and new bus terminal, as well as a complete appearance makeover, Downtown Disney became Disney Springs just last year. Disney announced yesterday a new renovation project to retheme the entire area to the Land of the Dead from the new Disney/Pixar hit movie Coco. The area’s new name has not yet been determined.

Magic Kingdom announced this morning that the long-running Frontierland show Country Bear Jamboree was being permanently closed, following the revelation that three guests have been mauled this month in separate incidents. The attraction’s bears are being relocated to the wild, in cooperation with wildlife and conservation experts.

December 3, 2017 by Marty in California, Florida, Other
© 2020 Uncle Walt's Insider. All rights reserved. All images used with permission. Unless otherwise attributed, all images licensed under Creative Commons CC0 license. This site is protected by reCAPTCHA and the Google Privacy Policy and Terms of Service apply.