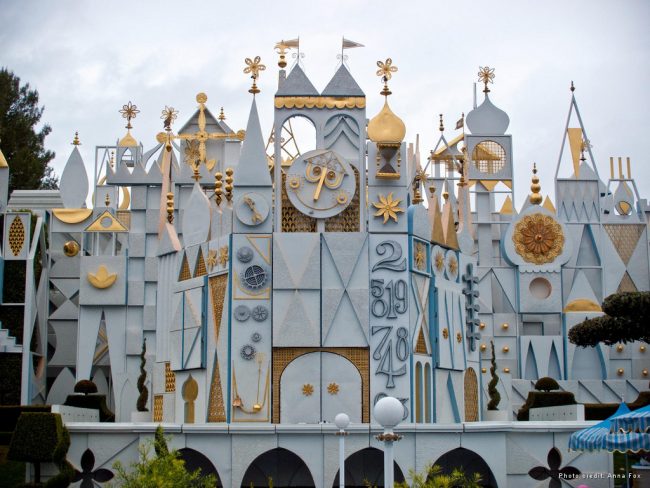 Local health authorities have detained a 37-year-old Garden Grove man at Disneyland Park in Anaheim, California, citing concerns for his mental health and stability, after he was spotted emerging from that park’s famed “it’s a small world” attraction smiling and humming the theme song. The man, who has not been identified, is being held for observation.

“It was the weirdest thing,” reported Disneyland guest Ileana Campos of Mesa, Arizona. “My family and I had just exited the ride, and we all had the usual reaction we do every time we ride ‘it’s a small world’ — shaking our heads in despair, fingers in our ears, vomiting… and then up the ramp comes this… this maniac just grinning from ear to ear and humming the music!”

Campos states that she quickly pushed her children out of the path of the man and alerted a cast member.

Uncle Walt’s Insider was able to locate that cast member, who wished to remain anonymous (though her name badge identified her as “Leesa” from Simi Valley). Leesa told us, after removing her earplugs, “I’ve worked this attraction for years, and I’ve seen all sorts of guest reactions to the song. Most, maybe 99 percent, are typical responses, ranging from nausea to requests for depression counseling. Occasionally, rarely, we’ll have someone kind of half-smiling, and shaking their head ruefully. But this… I’ve never seen anyone actually enjoy the experience!”

Leesa contacted her lead, who radioed for Disney security. The man was separated from other guests without incident, and an ambulance was called. He is currently being held under armed guard at the U.C. Irvine Health Center.

Sources in the Disney organization state that cast member Leesa is to be commended for remaining calm and handling the situation professionally instead of fleeing in terror. As a result, they may grant the transfer to another attraction she has been requesting monthly since 2012.

October 13, 2017 by Marty in California
© 2020 Uncle Walt's Insider. All rights reserved. All images used with permission. Unless otherwise attributed, all images licensed under Creative Commons CC0 license. This site is protected by reCAPTCHA and the Google Privacy Policy and Terms of Service apply.