Orlando Airport tram: "It's not a monorail" - Uncle Walt's Insider 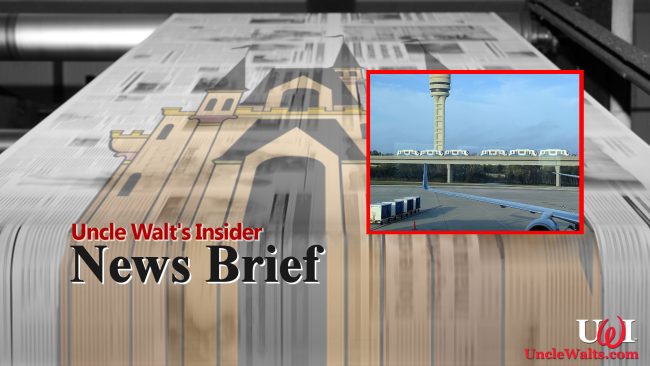 A Colorado man makes it his mission to get people to recognize the truth.

ORLANDO, FL — Self-described “Disnerd” Neal Stutz of Golden, Colorado, is back in the news, continuing his crusade to get visitors to Orlando International Airport to stop referring to the Automated People Mover as a “monorail.” As reported last November, airport security had to intervene when Stutz began shouting at another arriving passenger aboard one of the trams after that passenger referred to it as a monorail. “It’s not a monorail!” Stutz told Uncle Walt’s Insider at the time. “It drives me batty to hear people call it that, when clearly it travels on a double pathway. And don’t even get me started on ‘fun-orail’ or ‘faux-norail’ or anything else like that. Shuttle, tram, people-mover, yes. Monorail, no.”

Stutz was spotted yesterday in the main terminal of the airport passing out literature and “It’s not a monorail” stickers to airport guests, which he vows to do “until I never hear the made-up word ‘faux-norail’ again.”

Inset photo of the fauxnorail by elisfkc [CC BY-SA 2.0] via Wikimedia Commons.

March 24, 2018 by Marty in Florida
© 2020 Uncle Walt's Insider. All rights reserved. All images used with permission. Unless otherwise attributed, all images licensed under Creative Commons CC0 license. This site is protected by reCAPTCHA and the Google Privacy Policy and Terms of Service apply.