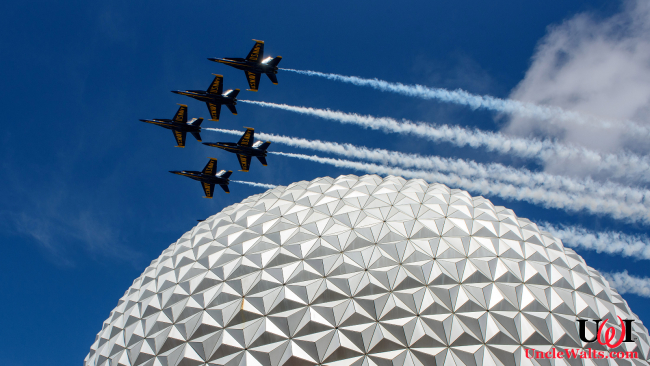 You’d think they’d wait until the runway was poured.

EPCOT CENTER ATC CENTER, FL — Less than one hour after we announced the opening of a new airport at Walt Disney World Resort and Spa, the first flights arrived at the airport.

Several eagle-eyed readers called us to let us know that a flight of six aircraft passed over Epcot, on their way to land at the new airport!

They aren’t 737s, so we know it’s not Southwest

We are not sure which airline made the inaugural landings, but upon close investigation, it appears the aircraft are F/A-18 Hornets, manufactured by McDonnell Douglas, painted in a blue and yellow color scheme. 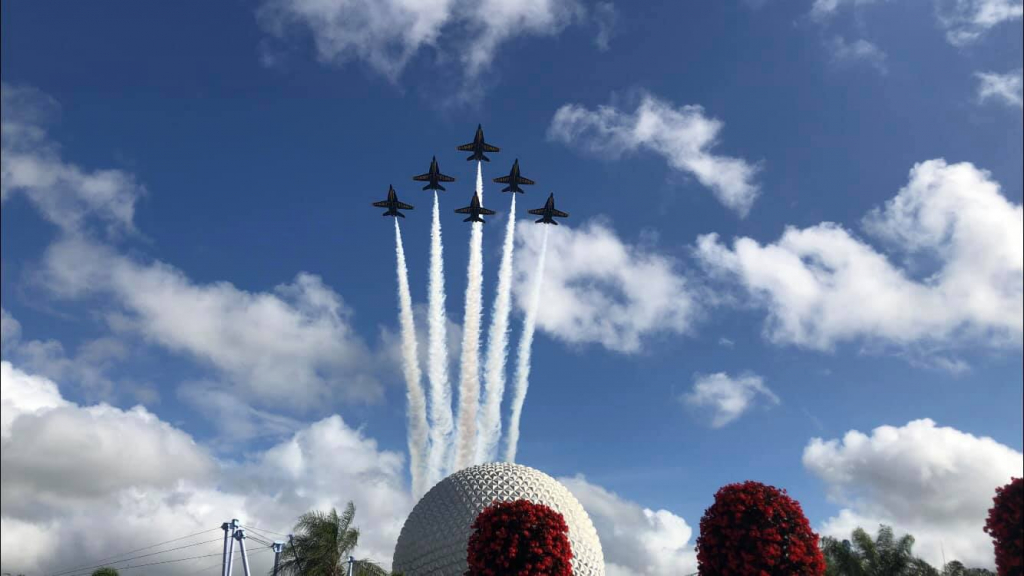 Aircraft on final approach at the new WDW airport. Photo by Kevin M. Kealey via Facebook. 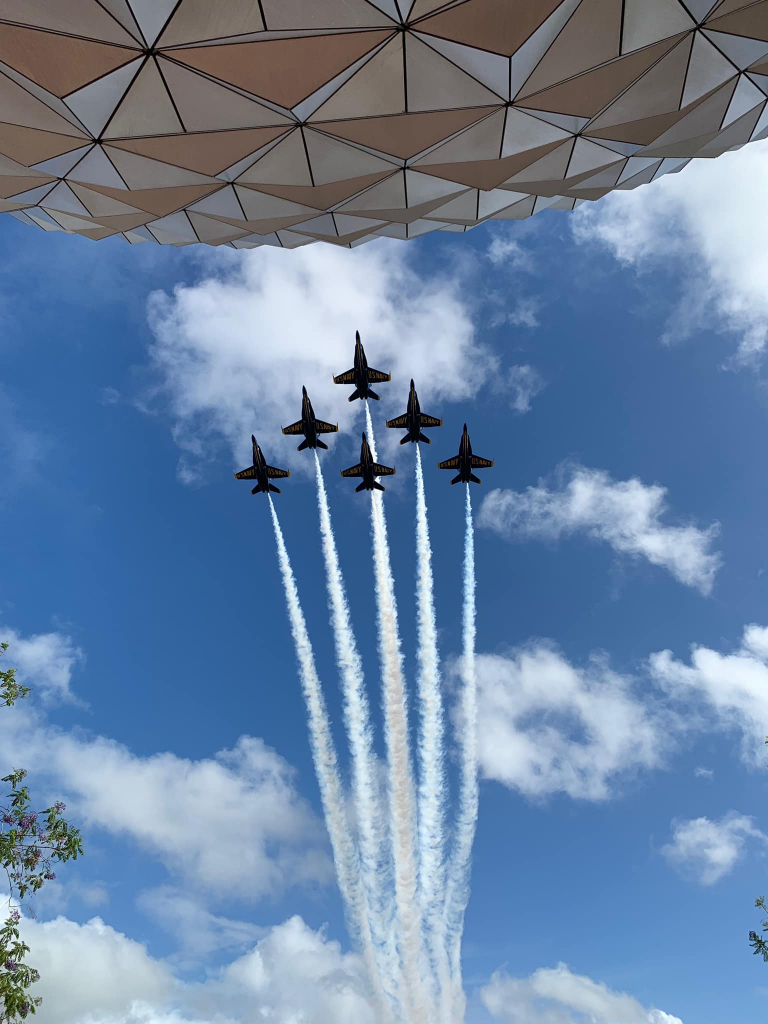 Aircraft about to puncture Spaceship Earth. Photo by Kevin M. Kealey via Facebook.

They can’t fit a family of four in an F/A-18, can they? Comment below!

May 9, 2019 by X in Florida
© 2020 Uncle Walt's Insider. All rights reserved. All images used with permission. Unless otherwise attributed, all images licensed under Creative Commons CC0 license. This site is protected by reCAPTCHA and the Google Privacy Policy and Terms of Service apply.