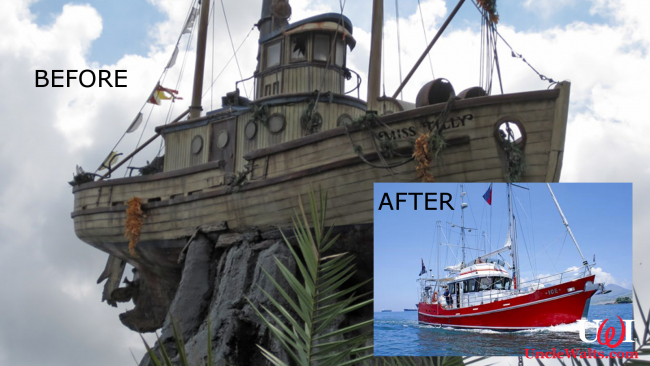 PORT SALERNO, FL — It’s a boat that is very familiar to fans of the Walt Disney World Resort’s Typhoon Lagoon water park. Miss Tilly is a shrimp boat that was deposited on the top of Mount Mayday after 1989’s storm, a storm that also conveniently created the ideal conditions for a water park. The Miss Tilly has been perched on top of the mountain ever since, useless and decaying.

It’s a bit of a Fixer Upper

Enter Chip Gaines, star of HGTV’s Fixer Upper series and a Disney employee since July of this year.

“I’ve always wanted to restore a boat,” Gaines told Uncle Walt’s Insider. “I’ve only added twelve new projects with Disney Imagineering to the 37 various Magnolia-related companies Jo and I are running, so obviously I’ve had some time to kill.”

Gaines oversaw the removal of Miss Tilly from Mount Mayday and drove it to his home in Waco, Texas, to restore in his garage.

“It took five weeks, which is about twice as long as I thought it would take. But there was a lot of decay from the boat sitting on top of a mountain for almost two decades.”

Now that the Miss Tilly has been restored and renovated, the Gaineses moved it to Port Salerno on the east coast of Florida to put it into service.

“We’ve branched out into the shrimping industry, partially because there’s money to be made, partly because we can supply our new restaurant — mmm, shrimp omelettes — but mostly because I like shrimp. And I’m not busy enough. So Magnolia Shrimping Ltd. is now going strong!”

Meanwhile, water park guests at Typhoon Lagoon will have to get adjusted to the new view: Mount Mayday, without a boat on top. 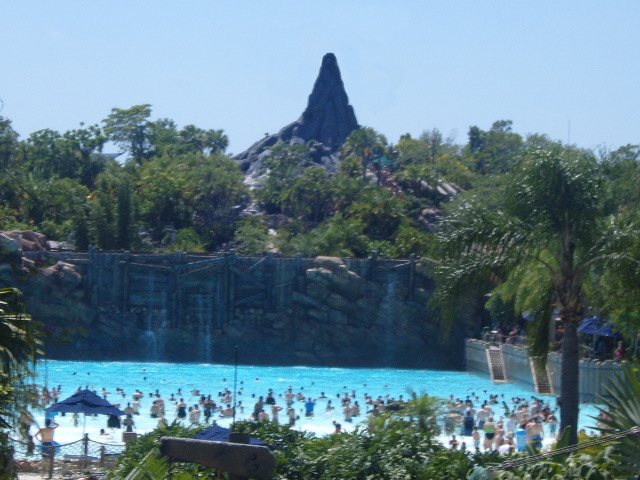 Cover photo: Miss Tilly before and after restoration. Before photo by Matthew Hull via wdwinfo.com. After photo courtesy of Magnolia Shrimping Ltd.

September 19, 2018 by Marty in Florida, Other
© 2020 Uncle Walt's Insider. All rights reserved. All images used with permission. Unless otherwise attributed, all images licensed under Creative Commons CC0 license. This site is protected by reCAPTCHA and the Google Privacy Policy and Terms of Service apply.