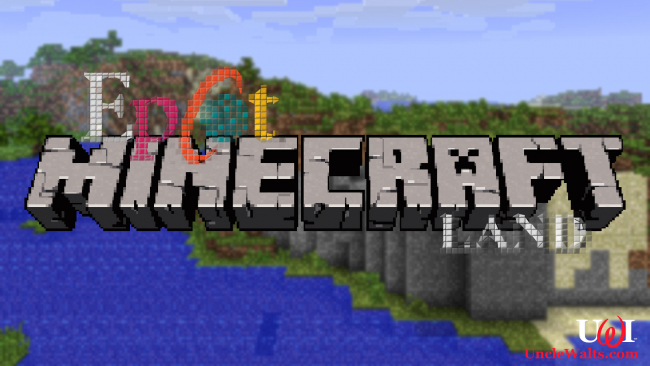 No plans have or will be released, as guests will build the land.

E.P.C.O.T. CENTER, FL — Disney has sent shockwaves throughout the theme park industry once again with their latest announcement: Minecraft Land is coming to Epcot! The new area, to be created in partnership with Microsoft and game developer Mojang, will join Future World and World Showcase at Walt Disney World Resort & Spa’s second-oldest theme park.

LEGOs have been done

Disney (the company) spokesperson Jun Disney (no relation) shared the inspiration behind this new partnership, and new land:

“We’re always looking for innovative ways to make our parks worth the higher admission rates we’re going to charge, and in doing so, we need to find what all of the kids think are cool these days. So we did some market research, and thought we would design a land around the LEGO brick.

“Turns out there are already theme parks that stole this idea. Who knew? So we kept digging.” [Ed.: Heh, “digging.” You know, because Minecraft. Never mind.]

“Then inspiration struck one of our Imagineers while he was studying rooms full of children watching YouTube — they were all watching people playing that old game, Minecraft.”

Disney (no relation) continued, “I know you guys pay by the 1’s and 0’s, so we’ll just say history has been made and Minecraft is coming to Epcot. It will be a fully immersive world, including the main attraction where guests will actually be able to take up a pickax and start mining! All aspects of the game will be represented, so using Magic Band technology, you will be able to save any enchantments you apply to the various tools and weapons. That way you can use them on return visits! Unless, of course, you lose them in lava.”

The exact location of Minecraft Land has not been determined, but Uncle Walt’s Insider will be following this closely and bring you more, just as soon as we make it up!

We hope she meant virtual lava…. Let us know your thoughts in the comments below!

Cover photo: Minecraft Land comes to Epcot! Image by BagoGames [CC BY 2.0] via Flickr. (We keep wanting to type “Micecraft.”)

February 18, 2019 by Walt in Florida
© 2020 Uncle Walt's Insider. All rights reserved. All images used with permission. Unless otherwise attributed, all images licensed under Creative Commons CC0 license. This site is protected by reCAPTCHA and the Google Privacy Policy and Terms of Service apply.