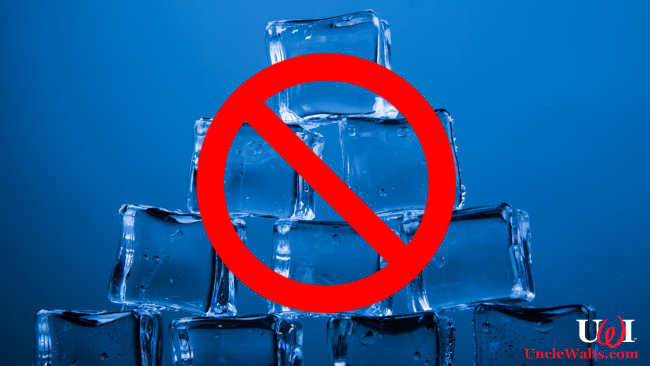 After May 1st, no Cast Member can wish you “Have an ice day!”

ANAHEIM, CA and LAKE BUENA VISTA, FL — In a surprising statement, Disney has announced that ice cubes and dry ice will no longer be allowed in their theme parks. The news was buried in a much larger press release about limits on stroller size, and announcing that the parks would become entirely smoke free.

Disney did not make it clear whether the ban would include all ice cubes, or only outside ice cubes. We here at Uncle Walt’s Insider believe that it is likely to only apply to outside ice cubes. Much like the TSA, we think that Disney hopes to profit from an exclusive license to sell ice within the secure area. With theme parks in Florida and Southern California, there would be a huge backlash if guests were no longer allowed to have chilled beverages.

It is believed that this ban will also impact Epcot. Due to the ban, popular rapper Ice Cube will likely not be allowed into the parks. This means that there is no chance fans will ever be able to see him performing at any of Epcot’s many International Festivals. Cube, a multi-platinum artist, has previously performed with Dr. Dre, Eazy E, as well as being a producer to several films, including Straight Outta Compton. At the time of publication, Mr. Cube’s press representative had not responded to our request for a comment.

Note that while unconfirmed, it is believed that this ban will not impact fellow rapper Ice-T.

Disney banning ice cubes? Really? Ha! That’s a bit out there, even by our standards of reporting!

April 1, 2019 by X in California, Florida, World
© 2020 Uncle Walt's Insider. All rights reserved. All images used with permission. Unless otherwise attributed, all images licensed under Creative Commons CC0 license. This site is protected by reCAPTCHA and the Google Privacy Policy and Terms of Service apply.