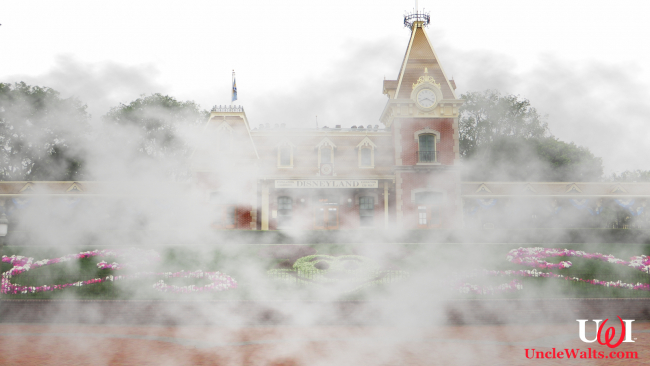 It’s all part of a plan. Just don’t tell Chapek we quoted him.

BURBANK, CA– Disney Parks and Resorts and Spas has announced a new smoking policy affecting all 14 Disney parks worldwide. The new policy consolidates all the smoking areas formerly within the parks into one giant smoking area just in front of each park’s entrance.

For example, the esplanade between Disneyland and Disney California Adventure will be “all-smoking, all the time.” That’s according to Disney Parks and Resorts and Spas Chairman Bob Chapek.

“There’s a reason for this,” Chapek told Uncle Walt’s Insider off the record. “Sure, we’ll pretend it’s for the health of our guests. But really, by filling the outside of our parks with cigarette smoke, and having the clean air inside, people will be scrambling to get in! And we’re pretty sure people will pay more for clean air.

“Just remember, this is not for publication.”

Fallout from the new rules

We do not yet know how this new policy will affect Disney’s sponsorship agreement with tobacco giant Philip Morris.

In related news, Disney is pushing legislation in California and Florida banning smoking throughout those states, except just outside Disney park entrances. It is expected to pass easily in California.

UPDATE: Since publication, we have learned that smoking is still allowed at Epcot’s New Jersey pavilion. Because New Jersey.

Would you pay more for clean air? Let us know in the comments below!

Cover photo: Disneyland’s new smoking area. Can you spot the Hidden Mickey in the smoke? Photo by Ken Lund [CC BY-SA 2.0] via Flickr.

March 29, 2019 by Marty in California, Florida
© 2020 Uncle Walt's Insider. All rights reserved. All images used with permission. Unless otherwise attributed, all images licensed under Creative Commons CC0 license. This site is protected by reCAPTCHA and the Google Privacy Policy and Terms of Service apply.