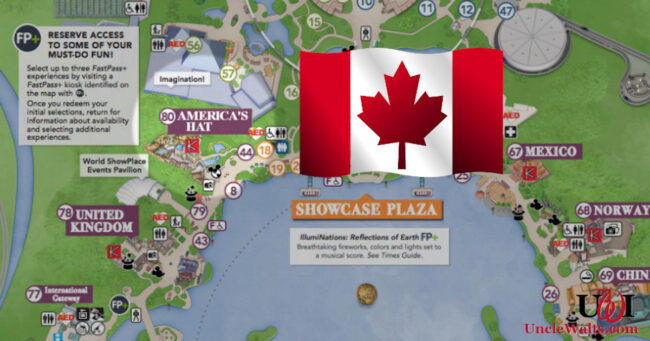 Nothing left in your bank account after a trip to see Mickey? How odd!

“I just walked through the place,” says guest Hugh Schwartz of Passaic, NJ. “Given what’s happening north of the border, I was a little reluctant to visit the Canada Pavilion. But my family and I just squeezed past the trucks that were there. We were careful not to do or say anything that seemed like we supported the protest. But when we got back home from our trip, suddenly our credit and debit cards are being declined. It’s scary! I never thought it could happen here.”

Uncle Walt’s Insider has received multiple reports of guests returning from Walt Disney World trips to find that their bank accounts had been emptied. All of them had visited the Canada pavilion, or at least walked by it. We will keep you posted if we receive any new information.

Never mind. Apparently the guests’ lack of funds and credit card declines is just the usual “I-went-to-Walt-Disney-World” bank account drain. Nothing to do with Canada. Yet.

We’ll be watching, though.

Is it better that their funds were seized by Mickey, not Trudeau? Let us know in the comments below!

February 28, 2022 by Marty in Florida
© 2020 Uncle Walt's Insider. All rights reserved. All images used with permission. Unless otherwise attributed, all images licensed under Creative Commons CC0 license. This site is protected by reCAPTCHA and the Google Privacy Policy and Terms of Service apply.