All of Epcot’s Future World being relocated outside gate 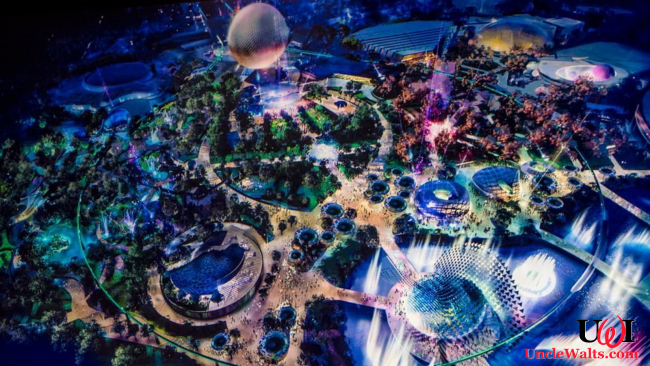 The remodeling is more extensive than we thought.

WALT DISNEY WORLD, FL — Things are changing at Epcot! At first, it was just the large Leave a Legacy monuments being moved outside of the front gates. Then it was Spaceship Earth accidentally being dismantled. All of this is in preparation for massive renovations to the main corridor between the entrance and World Showcase.

Now even more changes are coming to Epcot. While some websites say that certain elements of Future World are being closed temporarily, Uncle Walt’s Insider can report that the entire Future World is being shut down and moved to the parking lot.

“Oh, yes,” says Disney (the company) spokesperson Jun Disney (no relation). “We actually started putting Future World in the parking lot a long while back, with the ride building for the new Guardians of the Galaxy attraction. This is just continuing the process.”

But will everything be put back eventually, we wondered?

“We’re evaluating that on a case by case basis,” says Disney (no relation). “Some of the decisions are easy. MouseGear? Definitely coming back. Gotta sell stuff. Living with the Land? Parking lot, for sure. I think the Imagineers are just going to each location and deciding whether it brings them joy.”

“Off the record, there is an upside to all this for Disney fans,” Disney (no relation) continues. “For some time while the construction is going on, folks can have access to all of Future World for just the cost of a day’s parking.

“But really, don’t publish that.”

What do you think should stay in the parking lot? Let us know in the comments below!

Cover photo: Epcot’s Future World, after everything is put back. Photo courtesy Disney (the company).

July 8, 2019 by Marty in Florida
© 2020 Uncle Walt's Insider. All rights reserved. All images used with permission. Unless otherwise attributed, all images licensed under Creative Commons CC0 license. This site is protected by reCAPTCHA and the Google Privacy Policy and Terms of Service apply.