Fantasmic not what it used to be due to budget cuts 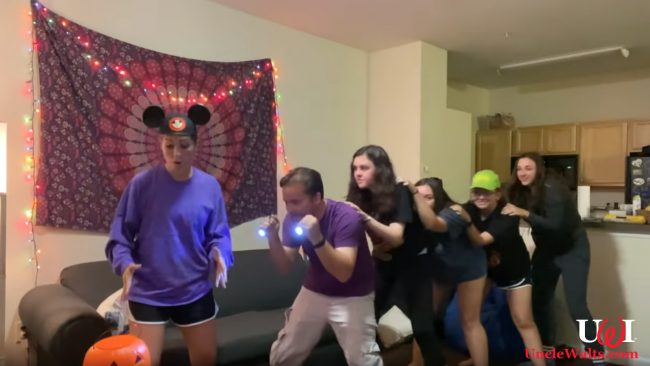 The good news is that the cast now makes house calls.

DISNEY‘S HOLLYWOOD STUDIOS, FL — Fans still smarting from the loss of Illuminations (even though Steve is doing a pretty good job as a replacement) now have another show to worry about. Apparently Fantasmic has suffered some drastic budget cuts in recent days.

As seen in the video below, the massive amphitheater, the costumes, fountains, fire effects and even the artificial steamboat are no longer part of the show:

On the plus side, a stripped-down version of the show like this is very portable. We would guess that you can get this performance in your own home for only the cost of a few pizzas.

Uncle Walt’s Insider will keep you posted if any further changes are made to the show.

Will you be hiring Fantasmic: The Living Room Edition? Let us know in the comments below!

Cover photo: Jafar’s snake menaces Mickey, who is about to discover the magic pumpkin. Screenshot from video posted by Peyton Lumley via YouTube. It’s seriously awesome, watch the whole thing!

November 7, 2019 by Marty in Florida
© 2020 Uncle Walt's Insider. All rights reserved. All images used with permission. Unless otherwise attributed, all images licensed under Creative Commons CC0 license. This site is protected by reCAPTCHA and the Google Privacy Policy and Terms of Service apply.