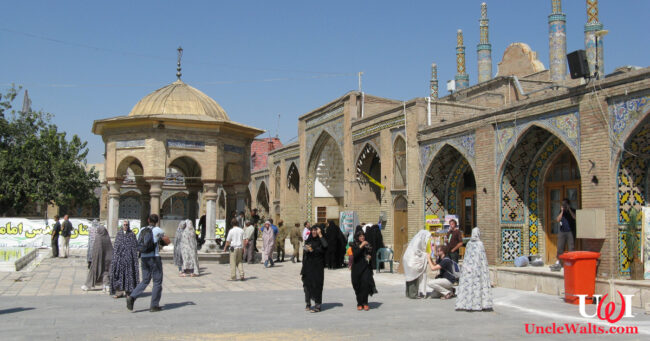 This is the worst international incident at Epcot since the maps calling Canada “America’s Hat.”

WALT DISNEY WORLD, FL — Tensions are high in EPCOT Center’s World Showcase, as one pavilion is accusing another of sabotage and breaching its sovereign territory.

The Epcot Iran Pavilion suffered a power outage for several hours yesterday afternoon. The outage affected the pavilion’s restaurants, mosque, and nuclear weapons laboratory. A spokesperson for the pavilion cast the blame on the nearby Israel Pavilion, opened by President Trump in 2018.

“It’s very obvious what they’re trying to do,” says Iran (the pavilion) spokesperson Jun Iran (no relation). “Don’t let the whole ‘no Epcot pavilion should have nuclear weapons’ schtick fool you. They’re just trying to steal our delicious recipe for khoresht-e fesenjan.”

This isn’t the first time tensions have flared between the two pavilions, according to Iran (no relation).

“They’re always sending Cast Members over to us singing ‘I Ran’ by A Flock of Seagulls. Or ‘Barb Iran‘ by the Beach Boys. So annoying.”

A spokesperson for the Israel Pavilion smiled and said, “Who, us?”

Who thought it was a good idea to have an Iran Pavilion anyway? Comment below!

April 26, 2021 by Marty in Florida
© 2020 Uncle Walt's Insider. All rights reserved. All images used with permission. Unless otherwise attributed, all images licensed under Creative Commons CC0 license. This site is protected by reCAPTCHA and the Google Privacy Policy and Terms of Service apply.