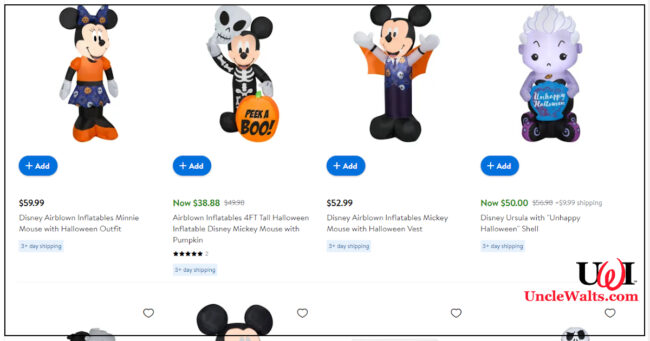 More of Chapek creating magic! (For his accountants.)

WALT DISNEY WORLD, FL — The Walt Disney World Resort is known for its world class hotels, restaurants, and theme parks. It’s also the place where children of all ages can meet their favorite characters, such as Mickey Mouse, Donald Duck, Goofy, and Ensign Thomas Garland. But as Uncle Walt’s Insider has learned, there are some changes coming to the character-meet experience.

In a recent interview, Disney CEO Bob “Bob” Chapek discussed his history of increasing profits at the expense of guest satisfaction, and suggested additional ways for the Disney Company to do the same.

This takes lots of hot air

“Next on the chopping block? Character meet and greets,” Chapek told Uncle Walt’s Insider. “I don’t want to ruin the magic for anybody, but those costumes don’t just fill themselves. It takes Cast Members, who are almost like actual people. And did you know that we have to pay them? With, you know, real money? Money that could otherwise stay with the company?

“Fortunately, I have a solution! On a recent trip to Walmart, I found a bunch of those plug-in, inflatable characters, DISNEY characters, on CLEARANCE! And they were dirt cheap! So I told D’Amaro to drive to all of the Walmarts and buy all of the inflatables, ship them to the parks, and get them up and running in place of paid characters.

“The tourists will never know the difference!”

That explains why I couldn’t get any yard decorations! How is the stock at your Walmart? Let us know in the comments below!

Cover photo: PhotoPass photographers are going to have a tough time getting them to stand still when the wind blows. Photo by Walmart.com.

October 31, 2022 by Walt in California, Florida, World
© 2020 Uncle Walt's Insider. All rights reserved. All images used with permission. Unless otherwise attributed, all images licensed under Creative Commons CC0 license. This site is protected by reCAPTCHA and the Google Privacy Policy and Terms of Service apply.