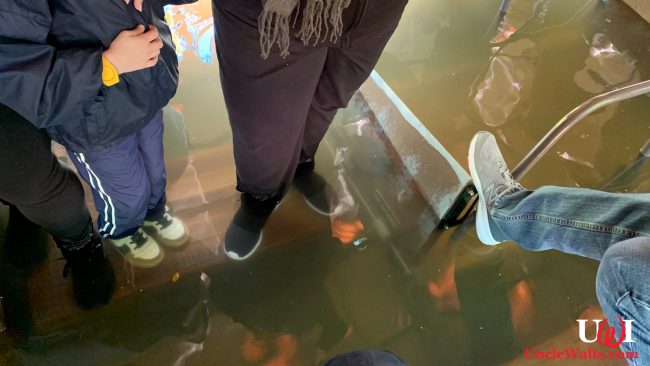 MAGIC KINGDOM, FL — A boatload of lucky guests were the first ones to try out Disney’s new “full immersion technology” aboard the Jungle Cruise – Sponsored by Flex Seal®! 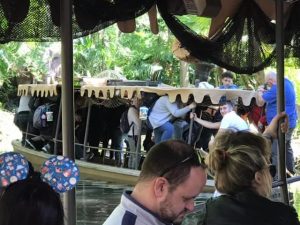 The lucky guests getting to try out the new ride. Photo by Kimberly German via Facebook.

The ride, located at the Magic Kingdom Park at the Walt Disney World Resort, Spa & Scuba Center, is the first publicly visible effect of the change in leadership at the Disney Company. Bob “Bob” Chapek’s first order, just days after being sworn into his new position as CEO, was to release this technology into the wild.

Near, far, wherever you are

Chapek was on hand to witness the maiden voyage, and reportedly said, “Guests demand realism! Corny jokes and animatronic lions just don’t cut it anymore. They don’t want to just look at the backside of water, they want to EXPERIENCE it!”
He then declared that it was good and rode off into the sunset. (Somehow — it was just after 1 o’clock in the afternoon.)

Are you looking forward to the all new Jungle Cruise experience? Let us know in the comments below!

February 28, 2020 by Walt in Florida
© 2020 Uncle Walt's Insider. All rights reserved. All images used with permission. Unless otherwise attributed, all images licensed under Creative Commons CC0 license. This site is protected by reCAPTCHA and the Google Privacy Policy and Terms of Service apply.