New Disney tech knows when guests have money left over 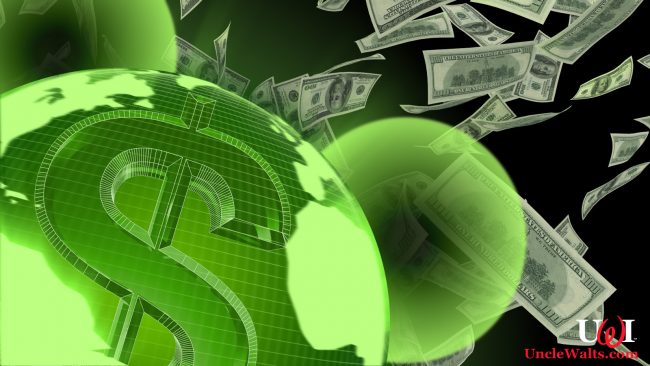 The Mouse is just gathering the data for now, but may eventually keep guests from leaving.

WALT DISNEY WORLD, CA — The Walt Disney Company is reportedly testing new technology which tells the company when a guest has money remaining.

The system is code-named “McDuck” after Donald Duck’s miserly uncle Scrooge McDuck. It reportedly interfaces existing guest identification technology like Magic Bands with currency sensors and online bank records. The company can tell now if a guest is leaving a theme park with cash in his or her pockets, or the resort property with a remaining bank balance.

Uncle Walt’s Insider reached out to our favorite Disney (the company) spokesperson Jun Disney (no relation) to find out how the new system will be used.

“The Walt Disney World Resort and Spa has been using the MyMagic+ system for several years,” Disney (no relation) says. “It helps us to provide special experiences and the incredible customer service that we’re known for. This is just another tiny piece of information to add to the gigabytes-per-person database we already maintain on each guest. It’s all to help make their visit more magical.”

Disney (no relation) tells us that Disney (the company) is not yet acting on the financial information they gather.

“No, nothing yet,” she says, “but imagine how we can use the information to craft a custom experience. Maybe you’re about to leave the Magic Kingdom, but our sensors show you have several bills in large denominations in your money belt. Out of nowhere, the Dapper Dans will appear to sing for you! And while they sing, they slowly back you into the Emporium to do some more shopping.

“Or maybe you are checking out from the Wilderness Lodge, but your bank tells us you clearly have enough saved up to cover an extra night or two. Suddenly, and magically, the front desk computers are having ‘glitches’ that keep you from checking out. Then the bellhops ‘forget’ to come get your luggage, and your flight is canceled. The possibilities are endless!”

Magical experiences like this are only the beginning, Disney (no relation) says. “By the end of next year, we hope to have access to your medical records, too. Just imagine the magic we can make with that!”

We’ve never left Walt Disney World with money remaining. Have you? Let us know in the comments below!

September 24, 2018 by Marty in Florida
© 2020 Uncle Walt's Insider. All rights reserved. All images used with permission. Unless otherwise attributed, all images licensed under Creative Commons CC0 license. This site is protected by reCAPTCHA and the Google Privacy Policy and Terms of Service apply.