Disney Parks fireworks for sale on the black market? 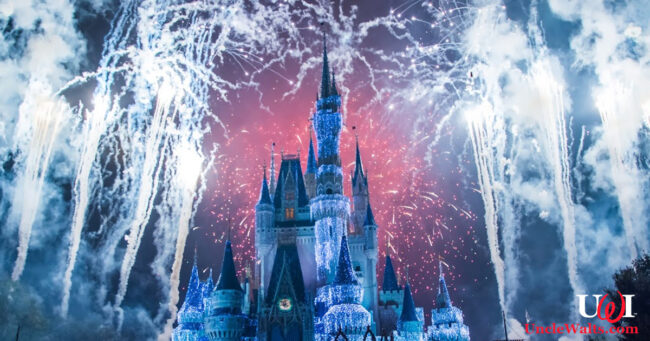 We only make up stuff when we want to start a rumor. (This, for example.)

BOCA CHICA, TX — For the first time in Walt Disney World history, fireworks did not explode over Cinderella Castle as the clock struck midnight on New Years Eve.

In fact, Disney has not launched a barrage of exploding shells into the sky since the parks re-opened, after closing due to the Great Churro Shortage of 2020. This has left Disney, the second largest purchaser of explosives (after the United States military),* with a surplus of fireworks.

Add in the Disney parks’ huge decline in revenue, and suddenly the company is getting, shall we say, creative in ways to generate some cash flow.

The black market is booming (get it?)

One of our loyal fans wrote to us explaining what they found.

Hi Uncle Walt! Can I call you “uncle,” or is that weird?

Anyway, I was in Boca Chica, Texas, checking out the SpaceX lunch facility [Ed.: We think he means “launch,” but honestly, we haven’t been there so we’re not sure], and I am shopping for some fireworks to set off on New Year’s Eve. Texas has fireworks vendors along every mile of rural highways before July 4th and NYE, if you didn’t know. God bless Texas!

Anyway, I came across this van with something called Disney Vacation Club written on the side. This guy named Josh asked me if I was interested in some “magical” fireworks. Normally I’m a snake and sparklers kinda guy, but I thought, why not. So he opens the door and the whole van is packed with boxes labeled Disney Fireworks.

I tell you what, I had THE best fireworks show on the block that night! The show was amazing — a real spectacle in the sky! And we only had one burn (superficial), and the doctor said he can re-attach the thumb.

* We make up a lot of stuff, but this is actually true!

I wonder if they had any nipsy dazers, with or without the scooter stick? Let us know in the comments below!

Cover photo: The last Disney fireworks not to be sold on the black market. Photo by Ethically Yours [CC BY-SA 3.0] via Wikimedia.

January 10, 2021 by Walt in Florida, Other
© 2020 Uncle Walt's Insider. All rights reserved. All images used with permission. Unless otherwise attributed, all images licensed under Creative Commons CC0 license. This site is protected by reCAPTCHA and the Google Privacy Policy and Terms of Service apply.