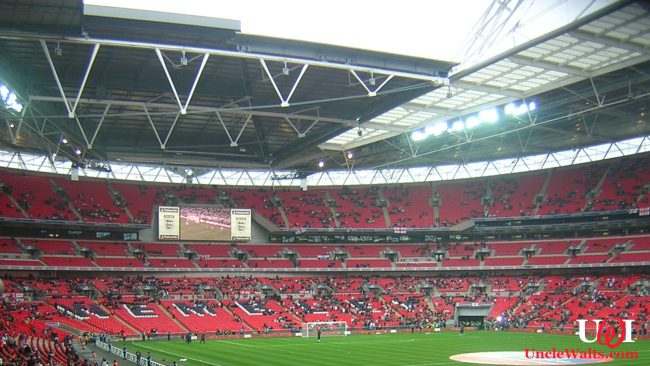 The new stadium will be capable of holding 125,000 fans, some Disney fan websites [Ed.: us] are reporting. Fans made the discovery just days after Bob Iger was seen leaving a Jacksonville Jaguars game with NFL President Roger Goodell.

The websites are speculating that this new stadium will finally make Walt Disney World’s sports facilities on par with California’s Disneyland, which of course has an NBA regulation basketball arena in the Matterhorn.

Disney (the company) spokesperson Jun Disney (no relation) was not able to officially comment on this news. Off the record, though, she did share that the one danger will be angry fans. Due to the size of the stadium, Disney (the company) will be forced to turn away guests for the World Championship of Ping Pong.

The new stadium plans show it to be larger than the 114,000 seats at Rungrado May Day Stadium in Pyongyang, North Korea. However, it will only hold a fraction of the fans willing to pay the high price of admission to see the Ping Pong elites compete for this prestigious title.

Will Wang Shibo still be competing in 2025? Let us know in the comments below!

November 11, 2019 by Walt in Florida
© 2020 Uncle Walt's Insider. All rights reserved. All images used with permission. Unless otherwise attributed, all images licensed under Creative Commons CC0 license. This site is protected by reCAPTCHA and the Google Privacy Policy and Terms of Service apply.