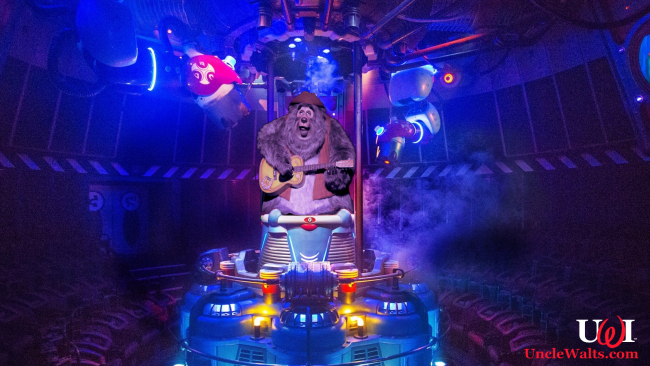 Details are scarce, but we are happy to make stuff up.

WALT DISNEY WORLD, FL — Rumors have been swirling around the Magic Kingdom of a possible permanent end to the Country Bear Jamboree. Uncle Walt’s Insider of course predicted this after several guests were mauled by the Country Bears last year.

But now we can report that the Bears are not going away forever, but will soon join another closed attraction, Stitch’s Great Escape.

“This is a perfect solution,” says Disney (the company) spokesperson Jun Disney (no relation). “We can use the current Jamboree space for a new guest experience [Ed.: the rumored Toy Story-themed sit-down churro restaurant]. At the same time, we can breathe new life into a currently-unused attraction.

“If this works, the possibilities for future crossover attractions are limitless. Mary Poppins and Tron, perhaps? The Lion King fighting off Cruella DeVil? The Muppets added to literally anything that doesn’t have Muppet-y goodness already?”

Which Disney films or characters would you like to see together? Let us know in the comments below!

Cover photo: The Country Bear Escape featuring Stitch. Photo by Disney, modified. (We put a bear on it.)

June 25, 2019 by Marty in Florida
© 2020 Uncle Walt's Insider. All rights reserved. All images used with permission. Unless otherwise attributed, all images licensed under Creative Commons CC0 license. This site is protected by reCAPTCHA and the Google Privacy Policy and Terms of Service apply.