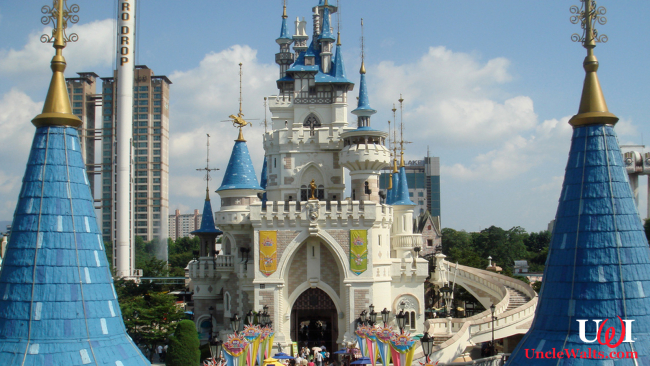 Don’t worry — it’s only for a few years.

WALT DISNEY WORLD, FL — Officials at the Walt Disney World Resort and Spa announced today that Cinderella Castle is being disassembled for cleaning (pictured above). According to a statement, this is normal periodic maintenance for the Magic Kingdom icon. The castle should be fully rebuilt by the Summer of 2023.

Many folks who see the deconstructed castle are expressing confusion, since it is common knowledge that Cinderella Castle is inflated. (Uncle Walt’s Insider broke that story, after the castle partially deflated due to damage from Hurricane Irma.)

However, it turns out the castle is actually built like a dirigible, with a solid framework and inflated interior. It is not known whether the castle is normally filled with helium or the more flammable hydrogen.

Cover photo, which is totally of Cinderella Castle being taken apart and not Lotte World Theme Park in Korea, by Ziggymaster [CC BY-SA 3.0] via Wikimedia Commons.

November 2, 2018 by Marty in Florida
© 2020 Uncle Walt's Insider. All rights reserved. All images used with permission. Unless otherwise attributed, all images licensed under Creative Commons CC0 license. This site is protected by reCAPTCHA and the Google Privacy Policy and Terms of Service apply.